We all have had some embarrassing moments. Most are low key and only a few people may know about it. But there are some of us misfortunate enough to have the world know of our misfortune or mistake. Two recent moments come to mind.

One was Steve Harvey’s announcement of the wrong Miss Universe Contestant as the winner. In 2015, before a television audience of millions around the world, Harvey mistakenly announced Miss Columbia as the winner. As embarrassing as this was the truth is viewership was down by a million viewers from the year before. This boosted the ratings and helped the pageant. Harvey and the pageant are the better because believe it or not people don’t watch NASCAR for the racing but the wrecks. People watched the pageant the following year to see if Harvey would make another mistake.

The other embarrassing moment was the 2017 Oscars announcement by Warren Beatty announcing La La Land as Best Picture. Beatty had been handed the wrong envelope by the PricewaterhouseCoopers accountant. The accountant had been backstage on Twitter like an excited teen and failed to do his job. The outcome was discovered and Moonlight was announced as the actual winner. As Beatty’s co announcer Faye Dunaway said, “We made history tonight.”  Indeed they had and as millions watched the scene repeated again and again Moonlight received more publicity than money could buy free of charge.

Now on a more personal note a gentleman I am very fond of had two examples of his own. It has become a part of family lore and is shared again and again at family gatherings. The gentleman was a kind and gentle soul and good natured as anyone you have ever known. As embarrassing as it was it never seemed to concern him at all.

The first incident was concerning an injury he received at work. He drove home to find some first aid products to bandage the head wound on his forehead. He quickly found what he needed. He cleaned the wound and applied a compress and was good as new. He completed his daily duties stopping at several businesses then headed home for the day. Walking in the door his wife greeted him with, “Why are you wearing a panty liner on your head?” He thought it was a bandage. Not a lot of people knew most of the men he met at the businesses had no idea what it was. No harm no foul.

The other incident was a bit different but still of legendary proportions. It happened during a party when he met another gentleman and they were discussing being henpecked. He told the man a story of a man and wife that went to a party similar to the one they were attending and the man took off his jacket and placed it on the back of a chair. Immediately his wife came over and told him to put on his jacket. He did so then thought to ask her, “Am I cold or are we leaving?” They both had a good laugh. Little did he know the gentleman was a columnist for a newspaper? Not just any newspaper but the only statewide newspaper they had. The columnist enjoyed the joke so well he printed it and gave our gentleman full credit for the tale. His wife as well as everyone in the state had an opportunity to enjoy his henpecked state of mind. 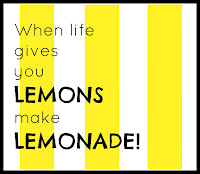 This gentleman was able to do as Steve Harvey and Moonlight had done. He took lemons and made lemonade. As writers we too can take some embarrassing situations use them either as a part of or as the entire story. If you feel embarrassed about something that has happened to you, you can change the names to protect the guilty and tell the story. Don’t run from embarrassment.  Embrace it and use it in your craft. How embarrassing it would be not to use some of your best material.