Who Is Your Contagonist? 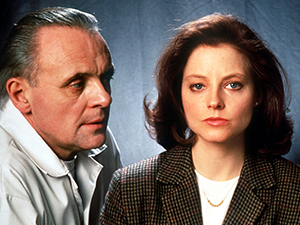 Every good story that has conflict (and every good story does have conflict!) includes at least one hero and at least one villain. As savvy storytellers ourselves, we look for and easily spot the protagonist and the antagonist in the tales we read and watch.  Among the most obvious:

Protagonist: Dorothy
Antagonist: The Wicked Witch of the West

We've come to expect that these two archetypes won't come in full head-to-head combat with each other until the final confrontation. The story has to build up to that exciting climax through a variety of complications.  And that's where the contagonist comes in.

So who is the contagonist?  First, let's affirm that the protagonist is "for" something (like achieving the main goal) and that the antagonist is "against" it.  The contagonist plays a role that is "contrary" to the hero's pursuit.  That is, standing in the way of it, or being a distraction from it, though not necessarily with the evil intent of an enemy.

For example, Professor Snape could be considered a contagonist for Harry Potter.  He's not the villain of the story, but he provides tension and conflict along the way.

You could even look at the Wizard of Oz himself as something of a contagonist, because he impedes Dorothy's quest to go home by first giving her a major assignment.

Silence of the Lambs' Hannibal Lector is both an ally and a complication for Detective Starling.  In a buddy comedy like Dumb and Dumber, the heroes are often each other's biggest hurdle.

As in the above examples, the line can be blurred between contagonist and mentor or any other archetype. That alone can add an extra layer of depth to the story.  And yes, the contagonist is sometimes an ally of the antagonist, as in the case of a henchman, or perhaps someone in competition with the adversary.

As you might suspect, the contagonist doesn't have to be human.  Just as the main antagonist can be an asteroid hurling toward Earth or a drought that threatens the farm, any person, thing or circumstance that stands between the hero and the achievement of his/her goal can be considered a contagonist. 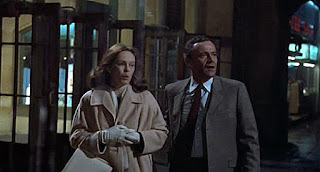 A winter storm that keeps someone from getting home in time to stop a wedding. A job change. A lost wallet. A surprise visitor. Any of these can throw a curve ball into the mix.  None intend to thwart the hero, but they do the trick.  The Out of Towners (1970) and Planes, Trains and Automobiles (1987) are examples of non-malevolent roadblocks to simply getting from one place to another.

Since conflict is at the heart of story, could you add some characters or circumstances that will further delay your hero's progress?  A series of complications that aren't traced to the antagonist will provide added surprises for your audience. And, by some clever coincidence, conquering one of these very complications just might provide the exact skill or know-how that comes in handy during the final confrontation.