Sitting in a recent business meeting I was struck by one of our very professional millennials using the term good actor. Even a baby boomer has noticed the recent terminology used to describe the players as good actor bad actor. I first noticed it used as a description of Russia involved in the Libyan turmoil as a “Bad Actor”. That wasn’t hard to put together that it was a negative term. My millennial business counterpart had presented someone as a good actor and again I could easily understand that was a positive thing.

More often than not I find myself second guessing the meaning of words and phrases hitting the airwaves and wondering who is making up this stuff. I recently had to think about the term “undocumented immigrants”? I thought and thought before it came to be this is a politically correct term. These are the same people that were at one time referred to as “illegal aliens”. Same people, different terms and even I have to admit it does sound better. “Undocumented” versus “illegal” is less harsh and more tolerable. I don’t have a problem with it as long as we all know what or who we are talking about.

I am not sure this rapid change of terminology would have worked in past years or if it would have even possible. There were times a term had to be used for years prior to being accepted by society and even longer before being placed in the dictionary. There were over 1,000 words added this year alone. As they say everything from “binge watching” which I am guilty of to “Seussian” which is suggestive of or relating to the works of Dr. Seuss. And if you think these are strange in some sort of way just try getting them past spellcheck. 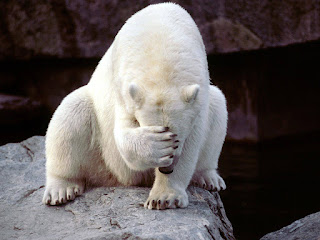 As writers we may want to use these new found friends or go back to the original terms or descriptions. I say descriptions because a great number of these words are shortcuts to describing an act. No matter we all seem to have Google now so nothing can slip past us. I’m not one to “throw shade” but I do recommend we stay on top of these new arrivals.

Otherwise we could end up expressing ourselves with a “face-palm”.