WHERE DO THE STORIES COME FROM??? 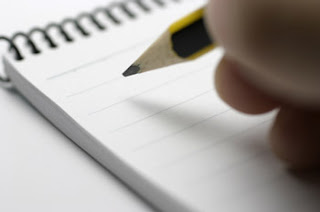 I’m currently writing a set of short stories suggested by the people and places I’ve visited out West while on a series of vacations.  I look at the surroundings, and at the people and events around me.  Occasionally I hear a story about a person or place that serves as a jumping off place for my imagination and sense of humor.

Here’s an example.
I heard a tale of a bear crashing a birthday party, and eating the cake while the frightened guests ran to the doubtful safety of a balcony that had sliding glass doors.  They had a great view of the party crasher gobbling the cake before he waddled off back into the woods.  I changed the situation and the people in it as my imagination took off with the concept.  My story ends with a small boy taking a photo of the bear; it has a pink sugar rose cake decoration it its mouth that makes the bear look like a huge hairy baby with a pink pacifier in its mouth.

Composites are great for coming up with a character or characters, a location, and, sometimes, a story.  I might have seen the way a specific person reacted to a particular situation, and then mentally put a different person with a different point of view, reactions and abilities into the situation, and let my imagination, and my knowledge of the other person (my characters also tend to composites of real people I’ve met), to come up with a different outcome for the situation.  One that will work nicely in a story, especially if it will be a source of conflict. 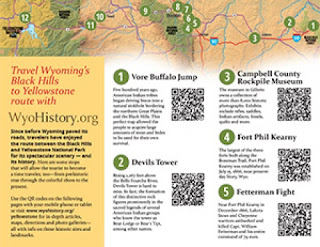 Anything, or any collection of events I’ve seen, read about in local newspapers, or suggested by conversations are fair game for combining into a story.  Add to that, reading the brochure for any scheduled event(s) can help provide a structure or a reason for a situation to exist.  While travelling out West in various National Parks, such as Yellowstone, I have seen both tourists and wild animals doing some really odd things, sometimes together.  An example of that was a tourist family trapped in their cabin in Yellowstone by a bull buffalo that had decided to stand on the cabin’s porch, and blocked the only door…  Add a brochure for a wild life cinematography competition, and there is a framework for a story.

Basically, I just keep my eyes and ears open, and the stories surround me.  Then the real work- and great fun- begins!!  Enjoy!! 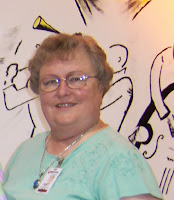 Jan Wertz began to write when a club I was in needed material for its newsletter.  Then, those articles were published by the Shetland Sheepdog Pacessetter!!  I've been writing ever since.  I do therapy dog work, and so wrote a Pacesetter article about that, Paws for Smiles.  Work with Reading Education Assistance Dogs resulted in writing a children's book,Sheltie Tales.  The American Shetland Sheepdog Association liked it, and published it.  All of this was done while I had a full time job.  Now I'm retired, and able to try new ideas in new venues.  I'm currently working on a series of modern Western short stories based on people and events I saw while on several vacations Out West. Her book, Sheltie Tales is available for free.

Email ThisBlogThis!Share to TwitterShare to FacebookShare to Pinterest
Labels: Jan Wertz, Paws for Smiles, Sheltie Tales, Shetland Sheepdog Pacessetter, WHERE DO THE STORIES COME FROM???