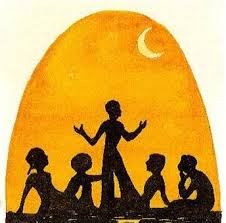 I am a storyteller. I work daily in network television and I write mysteries. The two are very different crafts. Television is more a collaborative process in the beginning while writing breeds solitude. But the two also share some very similar traits and challenges when it comes to telling a story. A story bubbles up from one person and as it flows downriver it can often get lost in the muddy waters of teamwork. In TV we have layers of producers, legal, show team executives and reporters that weigh in on each story. For a writer there are agents, editors and publishers to chime in as the story navigates the rapids.

The biggest challenge today in television storytelling is technology. When I first told a story for TV it was just me, one camera and the subject. Today we have a dizzying array of tools. Tiny cameras you can mount on a moving car or maybe a skateboard or even the head of a monkey. Add a drone in the sky and you can end up with hours of footage. Software in our editing process now makes it a snap to add almost any special effect in mere seconds. Once we spit out the final version we often stand around and pat ourselves on the back about how cool it looks. Except for one thing. One big thing. Sinking under all the muddy water of cool tools we have lost the STORY. Viewers at home aren’t as impressed as we are with our toys and all they wish to see and hear is the story. In television the best editing is editing those goes unnoticed by the viewer.

Telling a story in fiction can face challenging water as well. When you set out to write a book the first thing you think about is what story do I want to tell. You are not concerned with revisions, marketing or sales because at that moment you are just telling a story. Even that calm water can turn muddy if you spend too much time trying to turn prose into poetry when your skills don’t reach that level or imitating the style of your favorite writer instead of searching for your own voice. An overwritten fanciful sentence may delight your inner muse but no reader is likely to tell a friend about your book by saying “I just read one of the most beautifully crafted sentences.” They are however much more likely to tell them about a “great story” they just finished. 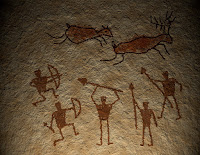 From the time of cavemen around the fire to the old man next to the pot-bellied stove at the general store, the person who demanded the most attention was the storyteller. We are the storytellers of today. Television or fiction the goal should be to steer clear of muddy waters and narrow our journey downriver to one simple thing…the story. 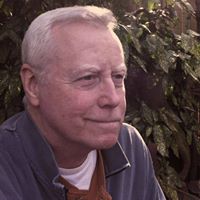 Cliff Yeargin has spent his life as a “Storyteller”, the bulk of that in a long career in Broadcast Journalism as a Writer, Producer, Photographer and Editor. Most of those years were spent covering sports, particularly Major League Baseball, where in Baltimore he was lucky enough to cover Cal Ripken Jr.’s very first and very last game…and hundreds in between. He is the author of the Award Winning Jake Eliam ChickenBone Mystery Series.The books include the introductory RABBIT SHINE and the second in the series HOOCHY KOOCHY which was named The Georgia Author of The Year Silver Medal Finalist in the Mystery Category for 2016. Today he has returned to his native Georgia and works at CNN. Follow Jake, Catfish and the rest in this Southern Fried Mystery Series.   cliffyeargin.com