I’ve written fiction for a long time, and I’ve always tried to make my characters real for the reader. I admit stealing traits of people I know, or strangers I observe, and putting those traits into my characters to help them feel like real people. But what about going the other direction and turning real people into characters? That’s what I had to do in With Love, Wherever You Are.

My parents were Army doctor and Army nurse in WWII. They met in basic, fell in love, married, and were immediately sent overseas—to different countries—for the rest of the war. My whole life, I’ve listened to their true stories. And when they died, they left me an Army trunk full of the letters they wrote each other during the war, over 600 letters tied in their boot strings. For decades I’ve wanted to write their stories, but I write fiction. My husband, who writes wonderful nonfiction narratives, will tell you that it’s impossible for me to write nonfiction because I can’t resist making things “better.” He’s right. I had to change my major in college, from Journalism to Foreign Languages because I couldn’t resist straying from the facts to make a better story. (In those days, newspapers actually strove to be factual.)

At last, I realized I needed to write a novel based on my parents’ stories and letters. I tried. I didn’t want to leave anything out. Finally, I sent my 800+ pages to my editor, knowing she would help me find the slender novel no doubt hiding inside this chubby one. She tenderly suggested that I let go of my parents and discover my characters, that I release Mom and Dad to find Helen and Frank.
Maybe you’re struggling with a similar conundrum and the need to let your characters be themselves. The hardest part of writing WITH LOVE, WHEREVER YOU ARE was imagining young Helen and Frank as characters. I tried lots of tricks to get those characters to take over and tell their own story. 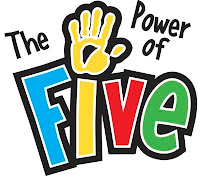 These are the top 5 techniques that proved most helpful:

1)     Change names to distance yourself from the real person. I changed Helen and Frank, my parents’ real names, to Phyllis and George for a few weeks. (Then search and replace.)
2)     Enlist readers who don’t know your real subjects.
3)     Name that flaw. Characters are flawed, parents not so much.
4)     Highlight scenes that don’t advance plot or deepen character. Be willing to toss your favorite stories.
5)     Develop a narrative arc for each main character, and make sure the character’s thoughts fit your plot, even if that’s not the way it happened in “real life.”

Dandi won her first writing contest as a 10-year-old tomboy. Her 50 words on “Why I Want to Be Batboy for the Kansas City A’s” won first place, but the team wouldn’t let a girl be batboy. It was her first taste of rejection. Since then, Dandi Daley Mackall has become an award-winning author of about 500 books for all ages, with sales of 4 million copies in 22 countries. She is winner of the Helen Keating Ott Award for Contributions to Children’s Literature and the Distinguished Alum Award from University of Missouri. In 2016, she was inducted to the OCIRA (International Reading Association’s) Hall of Fame. The Silence of Murder is winner of the Edgar Award and ALA-YALSA Best Fiction for Young Adults. Legend of Ohio and Rudy Rides the Rails: A Depression Era Story won Notable Book awards - Notable Social Studies Trade Book for Young People National Council of Social Studies & Children's Book Council; winner of the Angel Award, Winner of the "Award of Excellence" from Chicago Book Show) and A Girl Named Dan (her own “batboy” story, and a lesson on Title IX), 2 Mom’s Choice Awards & Amelia Bloom Award. The novel, Eva Underground, nominated ALA Best Book, starred Kirkus review, awarded a Top Teen Read by New York Public Library, finalist for Ohioana Award, was based on the author’s experiences behind the Iron Curtain. Other books have been awarded Romantic Times’ Top Pick., KY Bluegrass Award List, the William Allan White Award list, KS and KY Children’s Choice lists, and the Delaware Diamond Top 5 list, Gold Medallion Award. My Boyfriends’ Dogs (now a Hallmark movie, “most watched” 2014), gained her national attention. Her Knopf/Random House novel, The Secrets of Tree Taylor. Dandi is a national speaker, keynoting at conferences and Young Author events, and has made dozens of appearances on TV, including ABC, NBC, and CBS. New Releases: October 2016--Larger-than-Life Lara, Fall 2016—One Small Donkey, March 2017 –With Love, Wherever You Are,Tyndale House, A novel based on the true story of Dandi’s parents, Army Dr. and Army nurse in WW2, and over 600 of their wartime lettersAlso in 2017:Rockaway Blues, Skyhorse, a rollicking, rhyming rock-‘n’-roll picture book. Visit Dandi at www.dandibooks.com, and on Facebook, Twitter, Goodreads, etc.

Email ThisBlogThis!Share to TwitterShare to FacebookShare to Pinterest
Labels: Dandi Daley Mackall, Hallmark, My Boyfriends' Dogs, Turning Real People into Real Characters, Wherever You Are, With Love