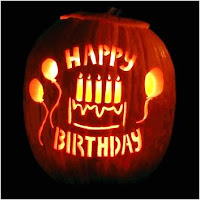 I didn’t plan it this way. The thought never occurred to me, but somehow the stories in my Amazing Grace series happened to be written by season. With the release of the third book, Everybody’s Broken, what better setting for what I call a modern-day Christian Gothic than the Western North Carolina Mountains in the fictional town of Amazing Grace in autumn? Add a character named Abracadabra (Abra for short) and give her a birthday of October 31, and everything is set for the book to cause an ember to spark divisiveness for a reader.

With all that in play, how could I, as a Christian writer, walk the thin line around, you know, Halloween, and avoid debate with my readers?

Fiction writers who stand so strongly on one side of the line or another on issues such as baptism versus immersion, grape juice versus wine, Santa Claus or the Easter Bunny, and Halloween are going to diminish the true message behind the story. When I wear my editor’s hat, I step in and ask an author how important those issues are. In most cases, we delete the matters that can cause dispute and nothing in the novel changes. All that is lost is the author’s intrusion into the story, which should be shown by the characters.

Sometimes, though, the issues or the events are important to the story. What does a writer do when that is the case?

With Everybody’s Broken, the message being conveyed is the ability of lies and deceit to shatter lives even when those lies are told with good intentions. Most of the novel takes place during the month of October. Writing the book without a mention of All Hallows Eve would feel stilted whether the reader is a Christian or a non-Christian. In this story, the avoidance of the issue would be counter-productive and distracting to the reader. 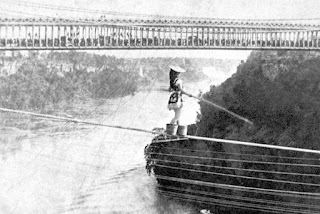 In such cases, a writer should draw a fine line and tread as carefully upon it as if it were a rope stretched over Niagara Falls. Tip a little too far to the right or to the left and debate will be sparked and the message lost. Balance is all-important. When the issues are unavoidable or truly necessary, the characters should be used to keep that balance. When two or more characters stand on different sides of the issue, the reader will connect with the one who supports their side of the debate. The reader will fill justified and not agitated. 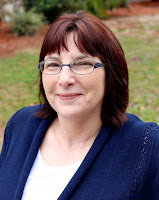 Fay Lamb is an editor, writing coach, and author, whose emotionally charged stories remind the reader that God is always in the details. Fay has contracted three series. With the release of Everybody’s Broken, three of the four books in the Amazing Grace romantic suspense series, which also includes Stalking Willow and Better than Revenge, are currently available for purchase. Charisse and Libby the first two novels in her The Ties That Bind contemporary romance series have been released. Fay has also collaborated on two Christmas novella projects: The Christmas Three Treasure Hunt, and A Ruby Christmas, and the Write Integrity Press romance novella series, which includes A Dozen Apologies, The Love Boat Bachelor, and Unlikely Merger. Her adventurous spirit has taken her into the realm of non-fiction with The Art of Characterization: How to Use the Elements of Storytelling to Connect Readers to an Unforgettable Cast. Future releases from Fay are: Frozen Notes, Book 4 of the Amazing Grace series and Hope and Delilah, Books 3 and 4 from The Ties that Bind series. Fay loves to meet readers, and you can find her on her personal Facebook page, her Facebook Author page, and at The Tactical Editor on Facebook. She’s also active on Twitter. Then there are her blogs: On the Ledge, Inner Source, and the Tactical Editor. And, yes, there’s one more: Goodreads.Anyone interested in learning more about Fay’s freelance editing and her coaching should contact her at fay@faylamb.com.