WHAT’S IN A TITLE? 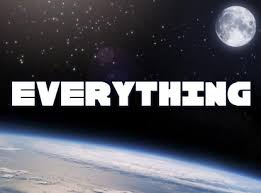 A good title that sums up a novel’s theme can draw a reader in on a hook that won’t bend. A bad title can send someone to another shelf in the bookstore or for a caffeinated latte.

Would Gone With the Windsound as romantic if the book had been titled Gone with the Civil War or Gone with Granny’s Silver?

Another example is Larry McMurtry’s Lonesome Dove. The title is fitting—literary perfection. The ex-Texas rangers are lonesome. And the landscape is so stark and lonesome the rocks seem to weep and a reader feels the skies will be swarmed any minute with endless clouds of mourning doves crying for Christ’s second coming.
But how to find a title that hooks? McMurtry says, “I didn’t even have a title, until, by a miracle, I got one. There was an old church bus sitting in seeming abandonment beside a Texas road I was driving along. The sign on the bus said LONESOME DOVE BAPTIST CHURCH. I knew, at once, that I had had a piece of luck; I drove straight home and wrote the novel. A good title can save a book, and the sign on the old fading bus saved mine; tragic though it is it has added some happiness to the world.”
What goes for novels also goes for articles. After interviewing bestselling author Lee Smith, I sent my article in to Southern Writers Magazine’s Creative Director, Gary Fearon, to add graphics. I’d titled the article “From Meatloaf to Magical Thinking.” When I received the article back for approval, the title had been changed to one that included the word “mountains”—in part, because Lee writes a lot about the Appalachian Mountains and their people. Fitting. Gary also changed the title in part because—and rightly so—he felt that an elegant lady such as Lee might take offense at the word meatloaf…in her title.

While, sometimes, two heads really are better than one and collaboration and respect for Gary’s expertise is what I hold dear in working so closely with him because I value his input, I liked my title better and was going to fight for it like Sherman on his fire path from Atlanta to the big pond.
My thinking: Meatloaf and “magical thinking” were written into Lee’s interview because she’d shared about her piano teacher’s house always smelling like meatloaf and she laughed about people wearing football jerseys on game day for magical thinking their team would win if they did so. All in the article.

Almost like Abraham going to God to negotiate about saving any righteous in the towns of Sodom and Gomorrah. And because I think so highly of Gary’s writing skills and judgment when it comes to layout and titles—I invoked the graphics guru to beseech, implore, and beg like a junkyard dog on a tethered leash trying to get a taste of an out-of-reach Sunday-supper bone, to keep my title.

After a couple of emails back and forth with me saying something like, “I know Lee Smith personally. She’s had hundreds of articles written about her with “mountains” in the title and I think she would love my meatloaf title because it’s different and meatloaf is just funny. Why don’t we let her weigh in so she can make the final decision?”

Gary, gracious as always, agreed. Lee Smith wrote back, her humorous voice evermore shining through even in an email, “I vote for meatloaf!”

That said, trying to dicker with an editor or the Creative Director on every title they might want to change isn’t always wise. A Creative Director might have a certain piece of artwork in mind that compliments a different title along with making an article “pop” more.

In summation, when it comes to titles, try to find the best title for your book and keep it short if possible—the title along with the cover are obviously the first two things readers see. And if the title is worth a donnybrook when your work goes to an editor, duke it out. 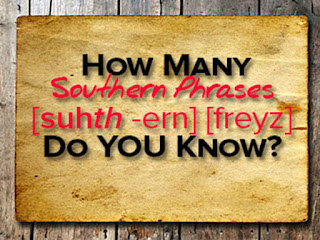 Most editors know best—although some of the big city editors don’t understand some “Southern” terminology like chirt roads (my experience) or why Southerners are so enamored with sweet tea—but that’s when it’s necessary to gently explain the often times unexplainable. 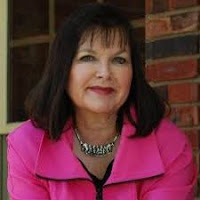 Vicki H. Moss writes across a variety of genres and is Contributing Editor for Southern Writers Magazine. A columnist and contributor to seven anthologies, Vicki is also author of Adrift, Smelling Stinkweed, Rogue Hearts, and How to Write for Kids' Magazines while Writing with Voice is forthcoming. When she's not teaching writing workshops, and editing for others, she's making meatloaf. Vicki can be found on her website  www.livingwaterfiction.com, twitter: @VickiMoss and on FB as author Vicki Moss.