How Does One Get Their Name Known? 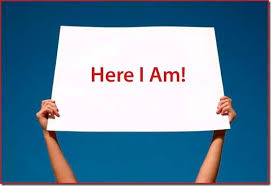 Years ago, there was a movie where a fledging movie character was trying to become a big movie star. She tried every way she could think of to bring attention to herself so agents, and/or movie moguls would notice her. Nothing worked.  She hooks up with a guy who is sure he can get attention for her to get a movie contract.

He sends her to Europe, while he pulls together a workable plan to get her noticed. He goes to all the newspaper reporters…gets to know them and starts dropping hints about the Mystery Starlet in Europe that may be coming to the States. He knew if the movie houses thought she was a big star coming to the states that would create interest.  (I told you, it was years ago-before television.)

After starting and feeding the rumors to the reporters he makes her mysterious, doesn’t give her name. Telling them it needs to be on the ‘hush-hush’. That of course is like telling someone not to breathe. Immediately the reporters are writing articles hyping the coming of this mystery star from Europe.  The reporters fell for it, newspaper headlines were printing: “Big Time Star–visiting America.” Another won read, “Rumor has it, one of the ‘big’ movie houses is bringing mystery starlet here to sign a contract with them.” Another paper would read, “Who is she and who is the movie house.” These titles and articles were in the papers for a week. This is back when big cities had more than one newspaper.

Name-dropping used every day in business deals is advantageous. Did you know the more times people see and hear your name the more important people believe you are?

Authors have to remember writing is a business. The book is their product. So who is the company? The Author–the writer is the company. They produce the product, the books.
How does a company sell their product? By advertising their name. How do they advertise? They use television, newspapers, radio; we even see ads in the movie theaters. They use mail advertisement…catalogs, flyers, post cards, letters, email. You name it they use it. Remember, they even use the good year blimp!

These companies do this, not to just sell a product, but they do it to get their name in front of us. To get their company name well known. They spend millions doing this every year. They want you to think of them, not their competitors. 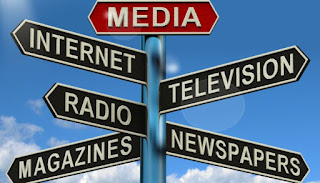 That’s what the guy in the movie did. He plastered the information about this mystery starlet coming to America to sign a contract…and you can imagine what happened. She had the heads of the movie houses bidding for her…sight unseen…well acting unseen. Long story short, it worked. She signed a big contract. An unknown, became well known.

My point? We have to get out of our comfort zones…and take advantage of the avenues we have to market our names, our products. We have to put a plan together to get our names out there, making sure people see our names as often as possible.