The Myth of Writer’s Block 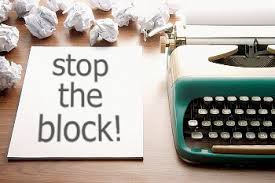 Don’t get me wrong—there are days when I feel uninspired, and there’s at least one point in every book I write when I feel stuck, but if I allowed myself to give in to the luxury of being blocked I never would have been able to write 32 books in the 24 months I’ve been a writer.

So what do I do when I’m stuck? I write. There are days when I write an entire paragraph filled with “I’m so stuck, so very, very stuck”—yes, those actual words—but I’ve found that as long as I keep writing the nonsense starts to make sense and from the rubbish magic appears.

Another method I at times employ is to let the character in the book I’m writing be as stuck as I am. I then team up with the character to work out the direction of the book. When I was writing Hopscotch Homicide, I was quite a ways into the book and had no idea who the killer was or where to go with the story. I was scribbling on my notepad, making little happy faces and asking myself the obvious questions, such as who did it and why. I decided to have my character, Zoe, mimic my movement, and the text below is the end result. 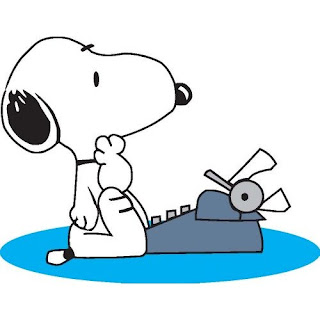 (Text below is from the book; Zoe is narrating the passage late at night.)

Who killed Mrs. Brown?
I looked at the question for several minutes without anything coming to mind.
Why was Mrs. Brown at the school the day she was murdered?
I tapped my pen on the pad at least a hundred times. Then I drew a happy face, as well as a few random squiggles.
Nothing.
Why was Mrs. Brown making a huge pot of hamburger gravy?
This last one should be solvable. There were most likely only limited answers. The correct answer might lead to the killer. Unless some random person happened along and killed Mrs. Brown on impulse, the killer had to have known she would be at the school that day. It seemed likely the person or persons she was making the gravy for would know she planned to use the school kitchen to make the large batch, ergo, the person the gravy was intended for was the killer.
Long shot? Maybe. But at this point it was all I had to go on.
I clicked my pen open and closed. I drew a series of random shapes on my tablet. I was really, really stuck.
I looked at Charlie. He glared at me. It was obvious he thought it was time for us to be in bed. And he was right. I was getting nowhere.
“Are you ready to go back up?” I asked Charlie.
He lifted his head and wagged his tail.
“I’m really losing my edge,” I complained. “Maybe I do have too much going on and there really isn’t room left in my brain for sleuthing.” 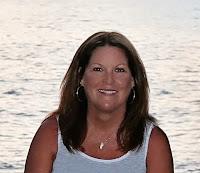 Kathi Daley lives with her husband, kids, grandkids, and Bernese mountain dogs in beautiful Lake Tahoe. When she isn’t writing, she likes to read (preferably at the beach or by the fire), cook (preferably something with chocolate or cheese), and garden (planting and planning, not weeding). She also enjoys spending time on the water when she’s not hiking, biking, or snowshoeing the miles of desolate trails surrounding her home. Kathi uses the mountain setting in which she lives, along with the animals (wild and domestic) that share her home, as inspiration for her cozy mysteries. Kathi has been a top 100 mystery writer for Amazon for over a year and she won the 2014 award for both Best Cozy Mystery Author and Best Cozy Mystery Series. She currently writes four series: Zoe Donovan Cozy Mystery, Whales and Tails Mystery, Tj Jensen Paradise Lake Mysteries, and Seacliff High Teen Mystery. Stay up to date with her newsletter, The Daley Weekly. http://eepurl.com/NRPDf Kathi Daley Blog: publishes each Friday http://kathidaleyblog.com  Facebook at Kathi Daley Books -
Kathi Daley Teen – www.facebook.com/kathidaleyteen
Kathi Daley Books Group Page – https://www.facebook.com/groups/569578823146850/
Goodreads, Twitter at Kathi Daley@kathidaley - https://twitter.com/kathidaley
Amazon Author Page - Pinterest - http://www.pinterest.com/kathidaley/