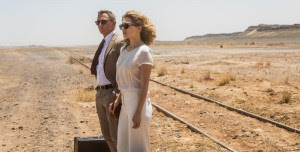 While watching the new James Bond movie this weekend, I was reminded of a storytelling trick that is used repeatedly, especially in action movies. After the climactic face-to-face battle between the hero and the antagonist comes to a close, the dust settles on a lingering distant shot, the music resolves, and the screen fades to black.  You know from experience that there's one more scene to come.  But the black lasts longer than you would expect . . . long enough to make you wonder if indeed it is the end and the credits are about to roll.

When the closing scene did eventually rise up, I thought, "Ah, you got me again."  But, as always, I was glad to see it.

Whether we're kept in suspense waiting for it or not, the epilogue is reassuring in its familiarity, and a chance to give the audience time to recover from a big finish before they jump out of their seats and head to the car.  More importantly, from a storytelling standpoint, it's their chance to assess what they've just experienced and learn what it means to the characters and the world they live in.

Getting fancy, the epilogue is known in some circles as the denouement, meaning "the final resolution of the intricacies of a plot."  It's all about cause and effect. When something happens, we are inherently curious to know the result.

The epilogue is exactly where you'll see the other end of the character arc our hero's been through. With that in mind, you're doing yourself a favor if you anticipate what an ideal epilogue for your story would be, and put the means in place as you write everything that precedes.

Some authors dismiss the epilogue as being too cliché.  However, bringing a story to an abrupt ending without providing the aftermath is like taking the reader on a journey and not giving them a ride back. 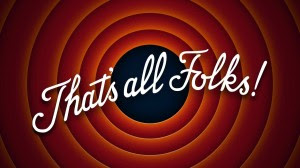 So really, the big finish isn't really the finish at all.  That final confrontation is only a momentary thrill. The real takeaway is what it means once it has taken place.

As Dune author Frank Herbert said, “There is no real ending. It’s just the place where you stop the story.” Providing a closer that leaves readers with a satisfying sense of the aftermath is the secret to making ends meet.