On Giving an Author's Speech 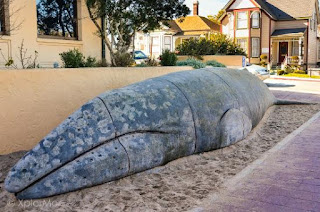 I was recently invited to give a speech at The Pacific Grove Museum of Natural History, in Pacific Grove, California. An acquaintance of mine, whom I met at one of my book signings, is the museum’s Director of Public Relations. He thought the invitation would avail a great opportunity for me to talk about my two novels, one of which is a paranormal mystery set in nearby Carmel-by-the-Sea. After I jumped at the invitation, I started considering the audience. It would be an erudite group, interested in local history, which implied I better show up with dates and historic facts. But these are not elements in my paranormal mystery, and neither are they essential in my literary milieu. As I pondered my predicament, something occurred to me: anyone who makes a plan to suit up and attend an author’s event is interested in writing. They are somewhere on the path between aspiration and fulfillment in their own writing career, and therefore would like to hear an author articulate their findings along the road to publication and perhaps elaborate on their writing process and attendant lifestyle. I therefore decided to make my speech less about my books and more about encouragement along the road to publication.

I freely admit I am not an organized speaker. There are those who draft an outline and hit its notes in a planned cadence, but I’ve never been the sort to do well when boxed in. I need wiggle room and natural flow. I need to feel I’m in a conversation, as opposed to giving a lecture. I want to feel I’m contributing something of value in give- and- take forum, even if I’m the only one talking. And because I grew up in Memphis, when in front of an audience, I feel the need to employ Southern hospitality. Keeping this in mind, after the museum’s director introduced me from behind a podium, I thanked him for the nice introduction, ignored the podium, and pulled up a chair in front of the audience, the better for us all to feel at home.

I shared notes on the rewarding dynamic that has built my writing career: the push and pull that began with an intuitive whisper suggesting I should write something, for no other reason than the whisper wouldn’t leave me alone and was starting to bother me, in that way unutilized potential does, until it takes up square residency and won’t go away. I outlined the steps I took on the road to the publication of my first novel, which included my own newspaper column, contributions to magazines, and multiple publications in the “Chicken Soup for the Soul” book series, followed by a complete leap of faith in the draft of my first novel. I said that in my opinion, the act of writing is not so much about ambition as it is about the need to share my impressions of the business of living; that to me, it’s a prompting worth following, for no other reason than one feels compelled. But writing is a lonely business and one has to be okay with being in it alone. Writing is also about commitment, for one has to decide every day whether to be directed by self-discipline or self-doubt. Then there is the tendency to measure oneself against other writers, which is a complete waste of time. One has to write for the sake of writing, which brought me around to my most salient point.

When I think about art for art’s sake, I think of writing. If one is comfortable doing the task for its own sake, then I believe there are mysterious, uncanny forces that guide a writer onward in increments, until the sheer act of perseverance creates a body of work. When this happens, a writer can make a choice about what to do with it, keeping in mind that few writers ever definitively arrive, that there is no there to get to, and that there are only the stepping stones along the way of what becomes their writing career. A writer’s career creates itself if one holds true and stays the course. It is alchemical magic, the result that manifests from making repeated offerings via the written word and the bravery it takes to share. 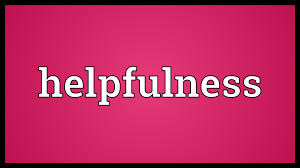 Claire Fullerton is the author of “Dancing to an Irish Reel” (Literary Fiction) and “A Portal in Time,” (Paranormal Mystery), both from Vinspire Publishing.  She is an award winning essayist, a contributor to magazines, a five time contributor to the “Chicken Soup for the Soul” book series, and a former newspaper columnist. Claire grew up in Memphis, and now divides her time between Malibu and Carmel, CA with her husband and two German shepherds. She has recently completed her third novel, which is a Southern family saga set in Memphis.  http://www.clairefullerton.com/ https://www.facebook.com/clairefullertonauthor?ref=hl

Email ThisBlogThis!Share to TwitterShare to FacebookShare to Pinterest
Labels: A Portal in Time, Chicken Soup for the Soul, Claire Fullerton, Dancing to an Irish Reel, On Giving an Author's Speech, Southern Writers Magazine's blog Suite T