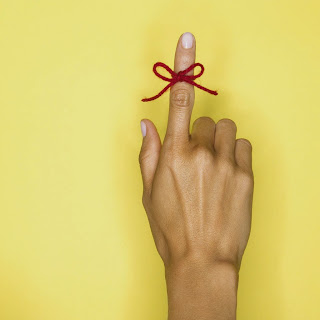 Good or bad, we all remember our first.

I’m not sure what the percentages are officially, but a very informal poll taken on Facebook gave me some figures to work with. Out of 113 authors surveyed, 60% abandoned their first effort and felt that was a Very. Good. Thing. Nearly 40% saw their first novel published (some were still in the process of writing their first.)

I was a part of the 60% until last week. My story feels somewhat typical – my first didn’t get published. On the upside, it landed an agent. I shelved it (drawered it?), jokingly called it “my 80,000 words of backstory,” and moved on. I used a few scenes from it, but for the most part, it was destined never to see the light of day.

Until Brenda Novak came calling with an opportunity—I could participate in the SWEET DREAMS Boxed Set, with an original work of no less than 100 pages. I immediately thought about my book in the drawer. Could I revise it? I have ten years of writing experience under my belt; I’ve just started writing my 17th novel. Surely I had the writing chops to whip it into shape.

But I was scared to death to read it. So scared, in fact, I enlisted the help of two of my beta readers, and had them look it over. If they didn’t think it would work, I’d write something new.

Their responses shocked me. The loved it. They loved seeing how the series really began. Yes, there were scientific errors and grammar mistakes. Yes, I’d used five or six scenes in later novels. But they didn’t care about that. They loved the story.

Story is a very powerful thing.

I remember the rejection letters on this book. Each “no” felt like the end of the world. In the back of my mind, for ten long years, those rejections have simmered. I assumed for so long CROSSED hadn’t sold because it was bad, and here were two readers I greatly respect telling me it was great!

So I read it myself. It wasn’t perfect by any means, full of rookie mistakes: overwriting, over telling, breaks in the narrative flow to give backstory, which slows the action—but overall, it was a solid base to work with. It was cool to see how far I’ve come, but also to see the sparks that got me started.

I ran into several problems during the revision process, but nothing that ten years of experience couldn’t surmount. After two weeks of solid work, I had a workable new draft, which I then put through my normal editorial revision process. And voilà—I’d resurrected a story I thought was long dead, and was able to give my readers what they’d been craving for two years—a new Taylor Jackson novel.

For the 60% of us who have a first effort moldering away, here are some ideas to help get it into shape.

My beta readers don’t hold back. Their honest input gave me the confidence I needed to move forward with the project.

Be Open to Changing the Story

What I’d written was too small, in terms of the high-concept thrillers I write now. I reworked the entire midsection to be more about the science and the challenges the FBI profilers faced a decade ago, rather than the characters getting to know each other. It made the book stronger and fit better with the series canon.

There were plenty of sections with writing I thought was glorious way back when. Sadly, many of the delightful phrases I’d so loved were perfect examples of first-timer-itis. I had to be ruthless.

I also had far too many “ideas” in the story – the kitchen sink approach. I’d dumped in everything I’d learned during the course of my research. Integrating this knowledge into an iceberg approach (what you see in the book is just the tip of the iceberg) helped tremendously.

Because it was my first book, I did leave in some of my less egregious rookie mistakes. I wrote an author’s note explaining my thought process on this, that I’d done some editing, but that I also wanted the integrity of the debut to stay intact. It’s about story, remember.

J.T. Ellison is the New York Times bestselling author of several critically acclaimed novels, including WHAT LIES BEHIND, WHEN SHADOWS FALL and ALL THE PRETTY GIRLS, and is the co-author of the Brit in the FBI series with #1 New York Times bestselling author Catherine Coulter. Her work has been published in over twenty countries. THE COLD ROOM won the ITW Thriller Award for Best Paperback Original and WHERE ALL THE DEAD LIE was a RITA® nominee. She lives in Nashville with her husband and twin kittens, where she enjoys fine wine and good notebooks. Visit JTEllison.com or follow her on Twitter @Thrillerchick orFacebook.com/JTEllison14. J. T. is happy to be part of Brenda Novak’s SWEET TALK collection for raising money for diabetes research.

Email ThisBlogThis!Share to TwitterShare to FacebookShare to Pinterest
Labels: J. T. Ellison, Resurrecting the Novel in the Drawer – How I Turned a First Effort Into a Publishable Novel Ten Years Later, Sweet Dreams, What Lies Behind, When Shadows Fall, Where All The Dead Lie