Never Under Estimate the Power of Inspiration At one point in our lives, we’ve all been inspired to do something. Whether it’s learning how to crochet a blanket, paint a picture or write a book. Children are likely inspired by a parent, a loved one, or even a schoolteacher. Adults–it could be something as simple as a cloud in the sky, a child’s laughter or old photograph. All these things can inspire a person to do something they never thought they would do.


I once asked a good friend of mine, Simone Frances Reed what inspired her to write her book, Poetry in Motions. Her innocent response was she loved to read and had kept a journal as a young child, jotting down every thought and idea she had. She used those childhood thoughts and produced a book about poems that came from her heart.

Inspirations can also come at the most inopportune time.
It can wake us from a dead sleep, taking a shower or grooming dogs. I have gotten many of my story ideas while grooming dogs. Go figure!

I’ve been grooming dogs for seventeen years; it has become second nature to me. I could do it with my eyes closed but I wouldn’t. I don’t think my customers would appreciate picking up their dog, minus an ear.


About seven years ago, I started writing romance stories. Because grooming comes natural to me, my mind wanders and I think of these romantic ideas. It’s called daydreaming while clipping Fido.

Once, grooming shih-tzu, a story popped into my head. I tried to push it away because I had three other stories I was working. At dinnertime, while in the middle of making spaghetti the story came back, stronger than ever. My head was going to pop if I didn’t do something. So I turned off the stove, sat down at my laptop, and started typing. My husband came over to me and saw I was no longer cooking dinner and asked, “What are you doing?” 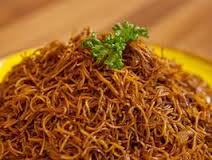 Not taking my eyes off the screen, I waved my hand and shushed my husband to leave me alone as I continued to type. We may have eaten burnt spaghetti that night, but my romance story Remembering Zane was born.


Today I have three romance stories available in eBook and paperback on Amazon and Barnes and Noble. They are Remembering Zane, FatChances and The Unfaithful Widow. My fourth book, My Haunting Love is due out in December and a series called Roller Coaster Love will be out next summer. 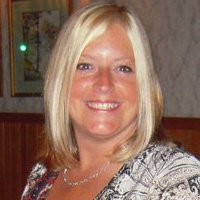 J.S. Wilsoncroft lives in with her husband, two children and three dogs. As a young child, she loved animals, especially dogs. It wasn’t until she was in her early twenties that she found her true calling…grooming. She was thirty-three when she decided to sit down and write a romance story. Never in her wildest dreams did she ever think she would publish a book, let alone three. So as long as grooming dogs continues to inspire her, she will continue to keep writing romance stories.