In The Midnight Hour 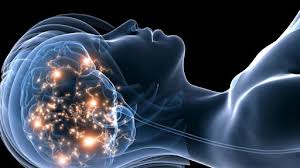 I would need to go back to twelfth, grade. English class. I had to write a short story. I procrastinated until the very last night. I had no idea of what to say or where to begin.

The clock ticked relentlessly. It was past eleven, the paper was blank—so was my mind. “Just begin,” I told myself. “Half a story gets a grade higher than zero.”

Fingers moving. Someone breaks into my house. I get between the intruder and the door. He runs into the basement. I follow.

He picks up a shovel from a construction project. Swings. Hits me on the head. I black out. He runs. Half a story. Better than zero. I’ll take a fifty. Bedtime

My mind won’t leave it. Back to my desk. Erase. The shovel misses me. I grab a pickax. The blade connects. Blood is everywhere.

I now have a possible seventy. Passing. Go to sleep. Can’t.

The dead body is at my feet. What to do now? Idea. Put the body behind the wall and brick him in. Good plan.

I mix the mortar, position the body, and with adrenalin pumping lest my father come down and find what I’m doing, I frantically begin building the wall. I’m working fast, not taking time to snap a straight line. I refuse to think about what it is I am hiding. The wall is waist high. Then it is over my head. I use a chair to finish one section and begin a new area next to it. Brick by brick I am gaining on it. Not much further to go.

I hear footsteps above me, but nothing coming down into the cellar. Brick dust is on my glasses, the mortar sticking as well. A film forms. It’s getting hard to see. No time to clean my lenses. Gotta keep going. Now it’s almost impossible to see, but I’m only a few bricks from finishing.

The body cannot be seen. The mortar is setting fast, the wall is solid. I’m almost finished. Just three bricks to go. Then two. One.

I can’t see, but that’s okay. I’ll go upstairs. No one will know. All sound from the house is now gone. I clean my glasses, but no light comes in.

Then I realize with a sudden jolt that I have bricked myself into the corner. The dead guy is in the cellar and I’m behind a solid wall. No possible way to break through. 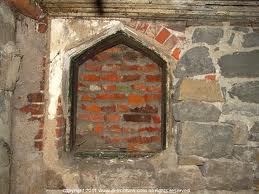 I scream. No one answers.

In class the next day I was made to stand in front of the class and read the story that I had worked on for less than an hour. My story was, I thought, being held up as what not to do. I sat down. Then teacher then said, “David’s story deserves an A. I see you have read some Poe. Great job!”