I'll Back You Up


I wore it like a badge of honor.  The realization that I'd gone five years without a computer crash was something to brag about, given the abuse I inflict upon my faithful Dell every single day from sunup well into the wee hours.  Thanks to reliable antivirus software and never clicking links I don't completely trust, my primary hard drive and three external portable drives have tirelessly processed thousands of writing, audio and video projects without complaint. 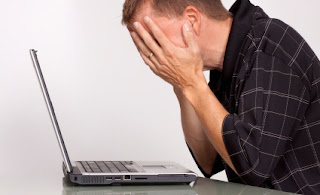 That all changed three weeks ago, when one of my Seagate external drives suddenly wasn't recognized by my computer. Noticing that it was very warm to the touch, I unplugged it and let it cool down.  After 30 minutes it was good to go again, and it did fine for about two days.  Then it ran hot again and I let it cool again.  This sequence repeated about three times, until I plugged it back in and finally heard the clicks of doom.

My Seagate wasn't just getting overheated; the internal mechanism was now audibly failing, so I decided I'd better start archiving to DVD-R anything that hadn't yet been backed up on disc, which, in my aforementioned overconfidence, was considerable.  Unfortunately, it was already too late, and no amount of unplugging and replugging would get it started again. I resigned myself to having to redo a lot of the work that was on there.

Then I remembered an old wive's tale about bringing a dead hard drive back to life by putting it in the freezer overnight.  I figured, what have a I got to lose; I was already between a rock and a hard drive.  So I wrapped it in plastic and put it next to the frozen waffles.

The next morning I wasn't at all optimistic as I plugged it back in, until I heard the whirring of the motor and the Dell ding that indicated recognition of the external drive. I was flabbergasted, not to mention elated. Supposedly, lowering the temperature affects the metal armature and unsticks it, or something. But this was no time for speculation.  Without delay I began to copy the most essential files to another drive, which worked great—for about 15 minutes, when it got hot again, and stopped.

Considering that the temperature made a difference, it occurred to me that perhaps all I would have to do was keep the hard drive cold and it would keep working.  So I froze it again, but this time moved a portable refrigerator into my office so the drive could sit inside and stay cool while I continued my archiving to disc. 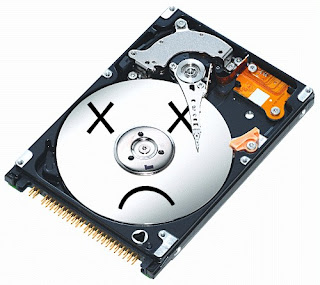 Great in theory, but unfortunately a complete failure.  Apparently you can only do the freezer trick a limited number of times before the drive totally gives up the ghost.  In every subsequent attempt, all I got from my frigid files was the cold shoulder.

The lesson to be learned here is that it's not only viruses that can waylay your computer.  Hard drives and other components will eventually wear out on their own (in fact, as fate would have it, not a week later my other Seagate began acting up too). In just the last month I've talked to several other writers who've recently experienced a hard drive crash as well.  There must be something in the water.

So, from one tortured artist to another, I encourage you to make sure anything you care about is saved to disc (or a backup "cloud" service, such as Carbonite) so you'll never have that sinking feeling of losing chapters you've written, family vacation photos, or other favored folders.

For the record, a refrigerator in the office has its benefits too.