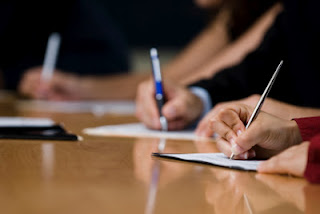 As writers, we all need to network. I tried several different writing groups in my area but found that they lacked one or more of the key components to adequately fulfill the networking definition.

I gave up on my physical networking attempts and resorted to online networking on sites such as LinkedIn, Facebook, and Twitter. My crumb snatchers laughed at me when I asked them how to “tweet” and my husband had to demonstrate how to use LinkedIn. In spite of their ever-changing format, I was able to handle Facebook on my own.

My networking goal was to promote my blog, find other like-minded individuals trying to develop a free-lance writing career, and to build a contact system that would include publishers and agents that might be interested in my novel once completed.

I decided to search for the editor of a publication to which I had recently subscribed. We connected and I learned that she had an affiliation with a writers group in my area. An invitation was extended, but I felt my time was better served researching, studying, and writing from online prompts.

In my newspaper column and blog, I write about real life situations that involve our blended family of six people, three dogs, and a feline. Comment after comment mentioned that my blog was humorous, and since I didn’t see a Shakespearean Tragedy Writers Group, I joined the Humor Writers Group on LinkedIn.

A few months after connecting with my editor acquaintance, I received an email from another blogger who saw a post of mine in the humor group. She lived near me, wrote a blog of the same type, and had written several articles for a local newspaper. She also attended the same writing group that had been mentioned.

I decided this might be a sign that I should attend the writers group. I was surprised to learn that it filled my networking criteria. Now I have a writing group home. You don’t necessarily have to be a member of a writing group, but I would be so bold to say that networking in some form is essential.

Here are a few suggestions:

1)  Join online groups.  The internet is smaller than you think and you can make local connections.
2)  Try local writing groups in your area until you find one that is your cup of tea.  If you can’t find one, start one.
3)  Have business cards printed with your blog or website information. Keep them on you at all times and hand them out when people ask what you do.
4)  Search the web for opportunities to guest post.
5)  Contact the editor of your local paper and ask if there are any opportunities to write for the publication as a special contributor.

Whether your career goals are fiction writing, newspaper article writing, or simply building a platform for all your endeavors, networking is easier than you think.  And it works. 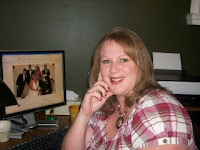 Cheri Thacker resides in Bartlett, TN and writes a weekly humor column for her local newspaper.  She has also written several feature pieces for the publication.  She maintains a humor blog that can be found at www.crumbsnatchertales.com.  She is currently working on a mystery novel and a humor book that expands upon her column and blog.  She can be reached at mamabreadbaker@comcast.net.