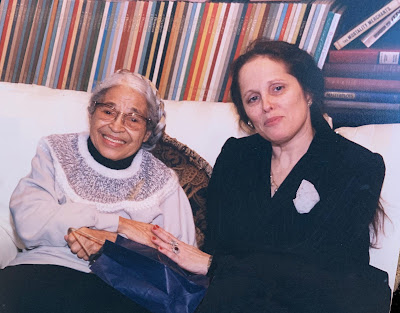 We are delighted to have H. H. Leonards with us today and so excited about her book that releases June 19, Rosa Parks Beyond the Bus: Life, Lessons, and Leadership.
This book is a collection of inspiring and instructive memories compiled from the decade that Mrs. Parks was a guest in author H.H. Leonard’s Washington, DC home. During those years, Mrs. Leonards was able to know the heart, mind, and spirit of the woman who refused to give up her seat on a Montgomery, Alabama city bus on December 1, 1955. The author shares her remembrances, both delightful and somber, in a way that offers readers an intimate and personal glimpse into the personhood of Mrs. Parks.


What drew you to write about Rosa Parks?

The Library of Congress was doing a major exhibition: Mrs. Rosa Parks: In Her Own Words. During that time O Museum in The Mansion was being added as a historic civil rights site on the African American Heritage Trail because Mrs. Parks had spent nearly 10 years staying with us and conducting many of her important meetings at the Museum.

Luis Clavell, a Librarian Curator who was working on the LOC exhibit attended the unveiling at O Museum and suggested I write a book about my time with Mrs. Parks. I said “yes”, not understanding the enormity of what that meant. Once I began writing I realized how important it was to capture the lessons she taught me. I didn’t realize how daunting writing a book was — especially because I run four businesses — but I kept my promise to write it because keeping your commitments –– no matter how big or how small –– was one of the lessons Mrs. Parks instilled in me. If you say you will do something, you move mountains to do it!

What do you want your readers to learn about Rosa Parks they don’t already know?

That she had a very difficult life, but no matter what happened to her, she took time to heal physically and emotionally and then would roar back, stronger than ever. She spoke reality: “The struggle continues, the struggle continues.” But her call to action was always: “The laws can change, but if you don’t change people’s hearts, nothing will change. So speak your truth with love in your heart.” And she did – over and over again.
How do you feel Rosa Parks influenced you?

Observing Mother Parks in action affirms the amazing construct of the human will. Time after time, when bad things happened to her, the power of her positive actions allowed her to triumph against unbelievable odds.

She taught me that it’s not the once-in-a-lifetime, dramatic, visible, up-by-the-bootstraps effort that brings enduring success. Rather, it’s the day-to-day actions, putting first things first. During her life, Mother Parks encountered many who persecuted her, took advantage of her or disregarded who she was for reasons only known to themselves. Despite all that she endured (or perhaps because of it) Rosa Louise McCauley Parks was the perfect example of authenticity. And by being such an example of all that is good, she made you a better person.

She taught by example that you can be quiet, but in your quest you can move mountains.

What point in your writing career did you feel like you had gone from amateur to pro?

I am not a pro. I simply write from that gut place – that mystery that only appears when my fingers fly across the keys of my laptop (formerly my portable Smith-Corona typewriter.) I began keeping diaries when I was in fifth grade. They kept me sane and helped me discover who I wanted to become – not the shy, geeky, gangly athlete that I was.

Do you consider Rosa Parks a mentor to you?

She was more of a mother figure than my own mother. She didn’t judge, she didn’t manipulate, she didn’t lecture. You could hold her hand and see the way the world could be, not the way it was. I felt peace, hope and love when I was with her. Most importantly, she taught – through action – that anything was possible if you understood that giving is more important than receiving, love is all that matters and that forgiveness is a gift, not a burden. The future can be better if you understand those concepts.

What do you feel other women can learn from Rosa Parks?

Mrs. Parks understood society won’t change until you change people's hearts. She worked tirelessly toward this goal of changing hearts and minds. She would seize the moment at every opportunity to spread her messages of hope, understanding and love. Whether she was focused on civil rights, women’s rights, victim’s rights or human rights her message was always consistent and kind. Love is all that matters.

What steps if any are involved in research for your book?

I am not a historian. Mrs. Parks channeled through me – I simply recounted the stories she told me. I did not know who she was for approximately three years after she lived with me. I did not google anything about her until well after she passed.

What do you feel makes this book stand out from other books on Rosa Parks?

It is a personal recollection of her essence – her soul, who she really was – from the inside out. She was the real deal. There was no duplicity, no need to power over, no need to do anything but give love to those she met.

What were some special moments for you in writing this book?

Three-quarters of the way through writing this book, I lost the manuscript. It disappeared from my computer. The work wasn’t in “the cloud,” it wasn’t on my desktop, and it wasn’t backed up on our server. I even called a hacker I knew for help. Nothing worked. The only thing that I could think to do was pray—not to find the book, but rather to discover why this had happened. Not why it happened technically – but what lesson our Lord was trying to teach me. Oddly, I was not angry. Although I admit: I was upset and lost. I was joined in prayer by four life-changers giving me advice. They all said the same thing: Let Mrs. Parks write this book for you. This was exactly what I needed to allow me to write from my heart, her heart.

Another extraordinary experience in writing this book is that with each paragraph, I came to realize how she affected the person I became. Lead an exemplary life. Give to others, always.

There was never anything perplexing about Mrs. Parks. You never wondered where you stood or what she stood for. Nothing was gray in Mrs. Parks’ behavior, words, teachings and gestures. Because she was so sure about who she was, you would be assured in her presence of who you are. 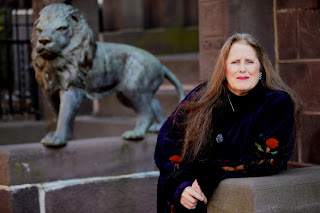 H.H. Leonards is the founder and chair of the O Street Museum Foundation, headquartered in Washington, D.C., and the Mansion on O Street, where Mrs. Rosa Parks called her home-away-from-home for the last decade of her life. Leonards is a wife, mother of three, and friend to celebrities and everyday people alike. The Perdue University alumna established The Mansion in 1980 to provide a unique and eclectic forum where clients learn from one another and foster the development of diversity, the creative process and the human spirit.