Michael Connelly~ One of the Most Successful Writers Working Today! 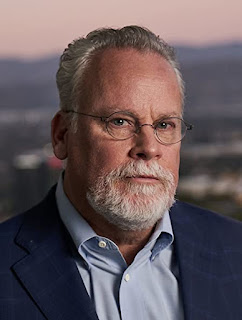 Michael Connelly is the bestselling author of over thirty novels and one work of nonfiction. With over eighty million copies of his books sold worldwide and translated into forty-five foreign languages, he is one of the most successful writers working today.
Connelly was a former newspaper reporter who worked the crime beat at the Los Angeles Times and the Fort Lauderdale Sun-Sentinel, who has won numerous awards for his journalism and his fiction.
His very first novel, The Black Echo, won the prestigious Mystery Writers of America Edgar Award for Best First Novel in 1992. In 2002, Clint Eastwood directed and starred in the movie adaptation of Connelly's 1998 novel, Blood Work. In March 2011, the movie adaptation of his #1 bestselling novel, The Lincoln Lawyer, hit theaters worldwide starring Matthew McConaughey as Mickey Haller.
His most recent New York Times bestsellers include The Law Of Innocence, Fair Warning, The Night Fire, Dark Sacred Night, Two Kinds Of Truth, and The Late Show.
Michael is the executive producer of Bosch, an Amazon Studios original drama series based on his bestselling character Harry Bosch, starring Titus Welliver and streaming on Amazon Prime. He is also the executive producer of the documentary films, "Sound Of Redemption: The Frank Morgan Story' and 'Tales Of the American.' He spends his time in California and Florida. 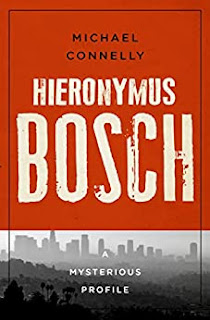 Just released, in April this year, The #1 New York Times–bestselling author brings you into the world of the LAPD’s Harry Bosch, and the history that shaped him with his book
Hieronymus Bosch: A Mysterious Profile .
In this short work, Michael Connelly delves into the origins of his famed police detective,—how he faced down the horrors of his childhood (a background story that was based on the life of another renowned crime writer); his past as a tunnel rat in Vietnam; and why jazz is his soundtrack. Connelly also shares the story of how his character Hieronymus Bosch came to be named after a fifteenth-century Flemish painter, and how his own youthful experiences of fear led to his literary creation. Those who have followed the cases of this tough cop more interested in justice than ambition will find much to enjoy and to ponder in this behind-the-scenes account.
The Chicago Tribune said,  “No writer exploits Los Angeles—its geography, its historical power wars, its celebrity culture, its lore—as compellingly as Connelly.”

Email ThisBlogThis!Share to TwitterShare to FacebookShare to Pinterest
Labels: Hieronymus Bosch: A Mysterious Profile, Michael Connelly, One of the Most Successful Writers Working Today!, Suite T