Bill Browder Exposing What Putin Did to Sergei Magnitsky 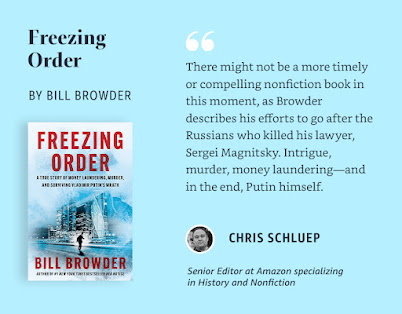 Bill Browder, author of Freezing Order. Bill Browder, founder and CEO of Hermitage Capital Management, was the largest foreign investor in Russia until 2005. Since 2009, when his lawyer, Sergei Magnitsky, was murdered in prison after uncovering a $230 million fraud committed by Russian government officials, Browder has been leading a campaign to expose Russia’s endemic corruption and human rights abuses. Before founding Hermitage, Browder was vice president at Salomon Brothers. He holds a BA in economics from the University of Chicago and an MBA from Stanford Business School. 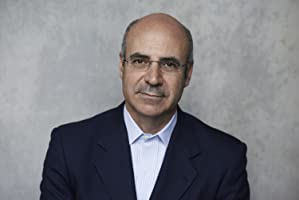 Chris Schluep, Senior Editor at Amazon who specializes in History and Nonfiction has written words about this new book. I think Chris has certainly written the best blurb for this book.He said, "There might not be a more timely or compellling nonfiction book in this moment, as Browder describes his efforts to go after the Russians who killed his lawyer, Sergei Magnitsky. Intrigue, murder, money laundering-and in the end, Putin himself." 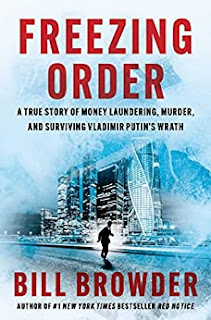 Freezing Order is a true story of money laundering, murder, and surviving Vladimir Putin's wrath.
Bill Browder chronicles how he became Vladimir Putin’s number one enemy by exposing Putin’s campaign to steal and launder hundreds of billions of dollars and kill anyone who stands in his way.
When Bill Browder’s young Russian lawyer, Sergei Magnitsky, was beaten to death in a Moscow jail, Browder made it his life’s mission to go after his killers and make sure they faced justice. The first step of that mission was to uncover who was behind the $230 million tax refund scheme that Magnitsky was killed over. As Browder and his team tracked the money as it flowed out of Russia through the Baltics and Cyprus and on to Western Europe and the Americas, they were shocked to discover that Vladimir Putin himself was a beneficiary of the crime.

As law enforcement agencies began freezing the money, Putin retaliated. He and his cronies set up honey traps, hired process servers to chase Browder through cities, murdered more of his Russian allies, and enlisted some of the top lawyers and politicians in America to bring him down. Putin will stop at nothing to protect his money. As Freezing Order reveals, it was Browder’s campaign to expose Putin’s corruption that prompted Russia’s intervention in the 2016 US presidential election.

At once a financial caper, an international adventure, and a passionate plea for justice, Freezing Order is a stirring morality tale about how one man can take on one of the most ruthless villains in the world—and win.