The Question that Changed Everything 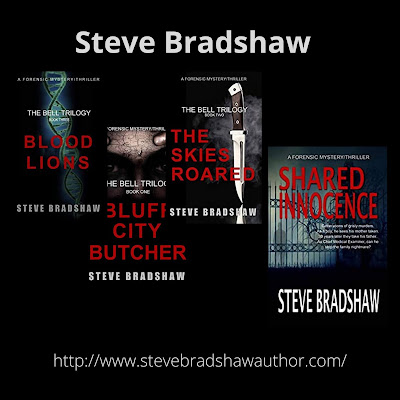 My first book was published on July 4, 2012. The BLUFF CITY BUTCHER is the story of a genius serial killer hunted by a world-renowned forensic sleuth. The modern-day mystery/thriller draws upon my life experience as a Texas Forensic Investigator. This 120,000-word, 440-page novel would launch my writing career. All I needed was a publisher. Following a long and painful search for a literary agent, and after hundreds of thoughtful rejections, the opportunity arrived. I flew from Tennessee to Florida to negotiate and sign a contract with my first publisher, the Barringer Publishing Company. At last, my fears of never being published would come to a resounding end. Or would they?

We sat face-to-face across a long table. Contract negotiations seemed to move along well. I signed and slid the contract to my future publisher. With pen in hand inches from his dotted line he paused. He had one more question. Looking back, I am certain it was the question he always saved to the end for new writers. It was the sleeper, the deal-breaker question. “What is your next book?” he asked.

I had answered every other question with ease. I should have been ready for this one, but I was not. My head had lived inside the BLUFF CITY BUTCHER book for a year. My brain had been drained. I had not yet recovered. I had not even begun to think about the next book. But the publisher expected an answer. As I frantically searched the dark abyss between my ears, his pen backed away from the contract almost an inch. Then he leaned closer. His cordial smile melted away. I saw concern, surprise, and doubt creep into his squinted eyes. That’s when I said it. “The BLUFF CITY BUTCHER is book one of my forensic thriller trilogy.”

His face changed almost immediately. The smile returned. Then his pen scribbled his name on the dotted line. I made it. I said the right thing—trilogy. It made perfect sense. Now we had a deal for three books. I did not have to worry about a publisher for at least two more books. But then he asked one more. “What do you call your forensic trilogy, Steve Bradshaw?”

Easy. It popped into my head, the name of a key character in the book. He is a billionaire patriarch—Albert Bell. “I call it The Bell Trilogy.” 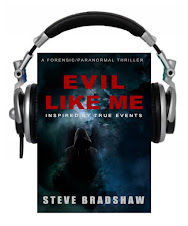 “Perfect,” he said. My most favorite word. He slid the contract back and shook my hand.

Not until later did I realize what my publisher had done for me before he had made his first dollar with Steve Bradshaw novels. He had forced me to take control of my inspiration. If I was going to be a serious, long-term writer, I had to get a leash on it so it’s there when I need it. Writers can allow their imagination and inspiration to run free, but they must know how to take control of both when creation time is upon them. Serious writing is a business. Writers must do command performances often. They must learn to control their art—the story.

Because I committed to a trilogy that day, I was forced to manage a story arc over a half-million words. It was like taking a sixty-foot wave the first time I surfed! My commitment to The Bell Trilogy changed the slope of my growth as a writer. It changed the way I look at a story, a plot, and character development. It made me learn how to grab and hold onto my audience. It made me make my books matter.

Today I have seven published novels, five audiobooks, one screenplay, and am working on a lucrative ghostwriting project—I call it exercise. My seventh novel SHARED INNOCENCE just released. It is book one of my second forensic thriller trilogy.

The BLUFF CITY BUTCHER will always be my number one. My first novel taught me so much as a writer, and it continues to be my best seller even today. Book one of The Bell Trilogy continues to bring me new audiences every day. I think it is because this book does it best. It shows readers why my novels are uniquely mine, and that’s a good thing

Steve Bradshaw writes his unique brand of thrillers by drawing upon his experiences as a Texas Forensic Investigator and a Biomedical Entrepreneur. Steve investigated more than 3,000 unexplained deaths for the Medical Examiner’s Office later ruled homicide, suicide, accident, natural, or undetermined. Steve later started an innovative pliable-structured implant company. As founder-president/CEO of Active Implants Corporation, he raised $25 million and led the acquisition and development of an artificial meniscus now under FDA clinical review. Drawing upon these prominent roles Steve pursued his next dream—writing. Now Steve takes his audience with him into fascinating worlds of fringe science, modern forensics, and the hunt for real monsters in a world far more complex than ever imagined.  Steve has seven published novels, five audiobooks, and a screenplay.