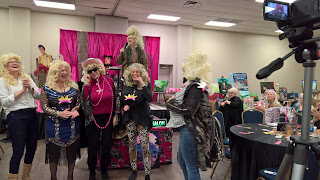 There’s a come-down phase after an author attends a book conference—an adjustment period that has something to do with going back to the real world through the logistics of travel. My last trip back from a book related weekend involved a mini-van ride from Jefferson, Texas to Shreveport, Louisiana; a flight to Dallas; another flight to Los Angeles; and a one-hour car ride to the loving arms of my husband and three German Shepherds. Under usual circumstances, somewhere along the journey back home, I manage to switch channels, but for days after the The Pulpwood Queens Girlfriend Weekend in mid-January, the energy lingered like a good kind of hang-over.

If you’re going to get out of your daily routine and travel half-way across the country, then let it be for a three-day combined book and love fest. It’s the only way to describe the Pulpwood Queens Girlfriend Weekend, which takes place annually in Jefferson, Texas, the weekend before Martin Luther King, Jr. Day. It’s unlike any other assembly generated by the book world; different than other conferences because there are no agent pitches; no tutorials on book marketing; no instructional workshops, nor panels geared toward the how-to of writing. What makes Girlfriend Weekend unique is that it’s predicated on the 765 international book club chapters under the banner of The Pulpwood Queens and Timber Guys, who show up in Jefferson, Texas en masse, dressed in leopard-print costumes—the more outrageous, the better. They settle in for three days to listen to authors talk about whatever comes to mind, be it their books, their writing process, or how they find inspiration. That the last evening of Girlfriend Weekend is a closing-night party billed as the Big Hair Ball ( the higher the hair, the closer to God) charges the entire weekend with electrical anticipation.

There’s a visceral magic that comes from spirits colliding in a room full of people who share the same passion. It’s like a country with its own language, a secret society whose membership is granted by the simple fact that you’re there. This year’s Girl Friend Weekend was the very definition of the book community in action: authors congregating within the scrum of each other with the unified intent of fraternizing with readers, and readers in attendance because those who write books light their fire. 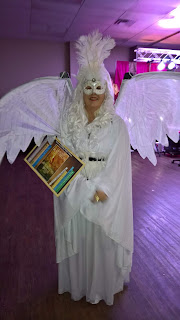 Have you ever stood back and watched the dynamic of a crowd when everyone in it is thrilled to be there? Dress three-hundred literary lovers up in leopard-print, balance a tiara on their heads, show them the way across the railroad tracks at the tail-end of Jefferson, Texas, and believe me, anything can and does happen. What stood out for me the most during 2020’s Girlfriend weekend was the scene between the scenes of the scheduled panel discussions. It was clear to me that authors and readers alike were there for the right reasons, which is to say they were there for the love of books. Nobody there was selling anything; working an angle; on the take; stacking their mailing-list, staging a hustle; or there “to network.” The 2020 Pulpwood Queens Girlfriend Weekend was basically a celebration of the book club’s 20-year anniversary, where authors came from all over to give from their literary hearts, so that readers received every ounce of gratitude they have for them. The atmosphere was joyous. The mood was infectious. The well-written story was honored as a high art, and the release of the 58, first-person essays in the book, The Pulpwood Queens Celebrate 20 Years, was featured to prove it.

I’m including photographs with this piece because every picture tells a story about the Pulpwood Queens Girlfriend Weekend. Let’s just say had the convention center in Jefferson, Texas been outfitted with chandeliers, you would have seen tiara-topped women swinging from them.
Full confession here, because now it strikes me as funny: I remember packing my carry-on for Texas, thinking any interruption of my work in progress was a hassle. I obsessed over securing the four corners of my desk, so it’d be just as I left it when I returned. Don’t get me wrong. 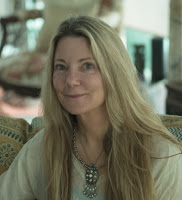 Claire Fullerton is from Memphis, TN., and now lives in Malibu, CA. Her latest book, Little Tea is in pre release on Amazon. She is the author of Mourning Dove, a Southern family saga set in the genteel side of Memphis. Mourning Dove is the 2018 Literary Classics Words on Wings award winner for Book of the Year. It is the 2018 bronze medal winner for Southern Fiction by Readers’ Favorite, a finalist in the 2018 Independent Authors Network Book of the Year, and was listed in the International Faulkner Society’s 2018 William Wisdom competition in the novel category. Claire is the author of Kindle Book Review’s 2016 award for Cultural Fiction, Dancing to an Irish Reel, and paranormal mystery, A Portal in Time. She contributed to the book, A Southern Season: Four Stories from a Front Porch Swing, with her novella, Through an Autumn Window. Her work has appeared in Southern Writers Magazine, and was listed in 2017 and 2018 in their Top Ten Short Stories of the Year. Claire’s work has appeared in The Dead Mule School of Southern Literature; Celtic Life International; The Wild Geese, and The Glorious Table. The manuscript for her next novel, Little Tea, is a finalist in the 2018 Faulkner Society’s William Wisdom competition.  She is represented by Julie Gwinn of The Seymour Literary Agency.