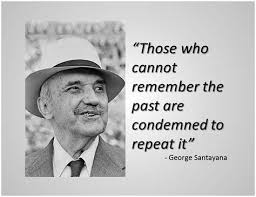 "Those who cannot remember the past are condemned to repeat it.” -- novelist George Santayana (1863-1952)

Those words have been repeated innumerable times in countless variations. Authors are in a unique position of bringing history to the masses, not in the form of unimaginative lists of dates and titles but in stirring emotionally charged scenes. Consider the statement that some people were abducted, taken halfway around the world, and placed into slavery. Now imagine the scene in Alex Haley’s bestselling book, Roots, in which Kunta Kinte arrives in America and is sold to a Virginia plantation owner. They both tell the same story, but one is so emotionally charged as to make it unforgettable.

Authors can bring history to life through the eyes of characters caught up in the maelstrom, imparting knowledge and events to readers that can affect their understanding of the world both past and present. In turn, readers may find themselves in positions to change the future. We need to look no further than world leaders’ reading lists to prove that point.

History can also take a simple story and make it extraordinary, providing unexpected turns and twists that weave a rich tapestry. The backdrop of historical events can become an antagonist so powerful that the reader cannot imagine how the protagonist can triumph over them.

Consider the love story between Yuri and Lara; would Doctor Zhivago have been as memorable without the backdrop of the Russian Revolution? Consider this story at its core: the story of two men that love one woman. Imagine the story without a historical backdrop. Imagine two men going to 9-to-5 jobs five days a week, both of whom manage to meet the same woman and fall in love. It might have been a satisfying story, but would it have been a great one? 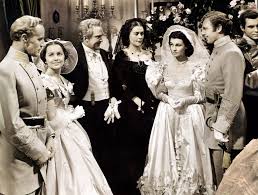 Or would Scarlett O’Hara’s transformation from a self-centered southern belle to a driven businesswoman have been as fascinating had it not been against the backdrop of the American Civil War, her antebellum world quite literally Gone With the Wind? Again, we have the story of love. Ashley loves Melanie. Scarlett loves Ashley. Rhett loves Scarlett. Melanie dies. Scarlett realizes she doesn’t want Ashley anymore; she wants Rhett. Rhett decides he has had enough and leaves Scarlett.

Instead, Margaret Mitchell wrote a book that stands the test of time. Set against the backdrop of the American Civil War and Reconstruction, the book delves deep into the war and how it changed the lives of every character from major to minor.

The written word has a lifespan that far exceeds an author’s lifetime. Consider the Egyptian Book of the Dead dating to 1550 BC or the Kesh Temple Hymn from 2600 BC. Authors from Dickens to Shakespeare are still widely read, though the authors have long since passed. Knowing that your work can live indefinitely—especially with the invention of ebooks—should be enough for you to consider how your work can impact others through education of the past.

Part 2 of "Change the World with Your Writing-Using History to Change the Future" will appear on January 28, 2020 here on Southern Writers Magazine’s blog, Suite T.

Email ThisBlogThis!Share to TwitterShare to FacebookShare to Pinterest
Labels: Change the World with Your Writing-Using History to Change the Future Part 1, Columnist for Southern Writers Magazine, Doctor Zhivago, Egyptian Book of the Dead, Gone with the Wind, p m terrell, Roots