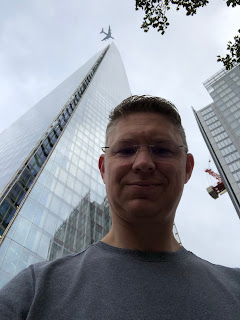 The saggy middle is a nemesis we may never feel up to defeating. My own technique for tackling this slovenly monster is to create a tent pole character, an Atlas to hold my narrative center high. My Atlas must capture the reader’s attention before the center arrives and carry the reader through my hero’s transformative moment—often the most difficult part of the author-reader shared journey. So, who is this Atlas character? If he’s so important, he should be the hero, right?

Your hero has no time to hold up your story. By the middle of the tale, your hero should have little strength left for holding up a narrative. The hero is suffering, having reached the end of a wandering, disoriented period, foolishly believing she is within arm’s reach of her goal. You, as the writer, are about to snatch that victory away and create a death experience—death of dreams, death of illusions, physical death, etc. Only through this transformative moment will the hero truly morph into the soldier she is meant to become. She hasn’t got the time or the inclination to hold up your dumb old tent. No offense.

Back to the Atlas character. I’ll admit, I’ve been a little deceptive. Feel free to groan, as my students always do when I unveil this big secret. My Atlas is not a traditional character at all. My Atlas tent pole is a setting, anthropomorphized into a giant menacing gatekeeper.

The Atlas method capitalizes on two of the author’s four basic structures or methods of holding a reader’s attention—milieu and character (the others are “event” and “idea”). Milieu, sometimes called world-building, allows you to capture a reader’s attention by exploring something new. But this Atlas setting is active. His traps or poisonous plants are trying to kill your hero. His lightning strikes and volcanic eruptions express displeasure at the hero’s intrusion into his domain. He may even take on a split personality, with a benevolent side expressed as little pink geckos attempting to warn your hero away. In this manner, your Atlas tent pole becomes a character, and your readers have the pleasure of meeting someone new. 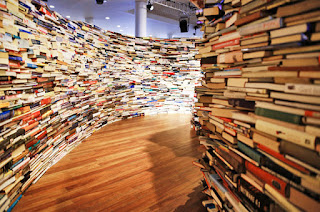 The most famous recent example is the Death Star. In The Lost Property Office, I used a bottomless well of books with a labyrinth of side passages and hints of a massive dragon. In The Gryphon Heist, I used the highest penthouses of the London Shard. In Pride and Prejudice, Jane Austin used Pemberley. 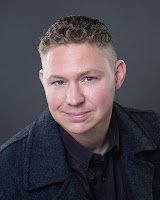 Stealth pilot, James R. Hannibal is no stranger to secrets and adventure. He has been shot at, locked up with surface to air missiles, and chased by an armed terrorist. He is a two-time Silver Falchion award-winner for his Section 13 mysteries for kids and a Thriller Award nominee for his Nick Baron covert ops series for adults. His new CIA thriller from Revell is The Gryphon Heist, is a mash-up of spies and thieves, available now. His social media links are:  website and blog: www.jamesrhannibal.com Facebook: www.facebook.com/jamesrhannibal
Twitter: www.twitter.com/jamesrhannibal Instagram: www.instagram.com/jamesrhannibal