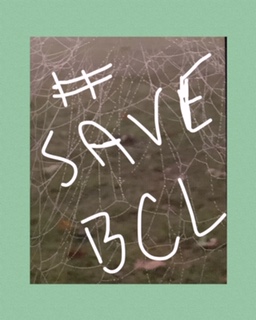 Each September, I look forward to the new television show offerings on the major networks. I’m a TV junkie for good reasons. I like seeing how the show writers handle challenging situations in the limited time they have to garner viewership for a show that must compete with veteran shows and their established viewers. Such is the case with Bluff City Law. I truly love this show and wish it to surge past established shows like “Bull,” “The Good Doctor,” and of course “Monday Night Football.”  In my humble opinion the placement of “Bluff City Law” against these established shows and primo football didn’t give BCL time to be seen by viewers.

Bluff City Law scripts are excellent and have a true sense of the authentic flair of Memphis and how things work in our city. Like most Southern towns, everyone knows somebody who knows someone within two or three people in your sphere of friends. In a city of a million people, Memphis is still just a small interconnected town. It’s like that 1990’s game described on Wikipedia, “The Six Degrees of Kevin Bacon or "Bacon's Law" as a parlour game based on the "six degrees of separation" concept, which posits that any two people on Earth are six or fewer acquaintance links apart.” Only in Memphis it’s more like 2 to 3 acquaintances before you know someone.

Real life Memphis attorneys, Richard Glassman and his daughter, Lauran Stimac are legal consultants for the show. Their expertise has become a source of many of the episodes’ plots. I find it so fascinating, especially since I worked with Richard Glassman in my previous career as an insurance investigator. He’s a friend and a fierce defender of his clients rights, much like the character of Jimmy Smits in Bluff City Law. In an interview with NBC affiliate, WMC Channel 5, Glassman said, “I got an email from one of the writers the other day. The end of it was, got any new cases coming up. He’s looking for storylines,” he said. This is a well researched and cleverly written legal drama which makes it worthy of saving.

The Commercial Appeal, Memphis’s newspaper reported on the viability of Bluff City Law last week, “The producers announced Thursday that shooting will end October 31, with the completion of the show's 10th episode. Six scripts had been written for additional episodes, but NBC has decided not to go ahead with the series at this time. “Bluff City Law" has not been canceled, however. Executives will access the program after its 10 episodes air, to see if it builds any traction on Hulu or other delayed-viewing and on-demand platforms.” I wish NBC realized what the writers of “Bluff City Law” understand; Memphis, (the setting of the show) like “The Law,” is complicated, gritty and requires nurturing to get viewers to understand and then fall in love with both the city and the show. This is a serious, well-written show taking on serious issues. It’s a show about underdogs who sometimes win, but when they don’t, they live to fight another day. It’s a show that shows lawyers as real people with real problems who fight for their clients. Isn’t that what all lawyers already know? Hopefully, the executives will re-evaluate and continue with the show’s production.

This past week celebrates the 67th year of the children’s book, Charlotte’s Web by E. B. White. Do you remember the tears you shed while reading this book? A brief review of the 184 page book provides a great story set on a working animal farm where Fern, the farmer’s daughter, saves her friend, Wilbur, the pig. The themes shown in this children’s book actually provide lessons to be carried from childhood into adulthood. One of the central themes is to celebrate and make the most out of life. As Charlotte, the heroine spider, says, “After all, what’s a life, anyway? We’re born, we live a little while, we die. A spider’s life can’t help being something of a mess, with all this trapping and eating flies. By helping you, perhaps I was trying to lift up my life a trifle. Heaven knows anyone’s life can stand a little of that.” Memphis is always celebrating something.

Other lessons shown are give people who seem rough around the edges a chance. At the first meeting of Charlotte and Wilbur, it was a bit rough. Then, Wilbur gave her a chance, and he saw a kind heart and a friendship formed that through her efforts, Wilbur was again saved. Appreciating diversity is shown with the interactions of the various animals born in the same barn they all find a way to reach amicable cohabitation and resolve issues throughout the book. Much like the diversity found in our city. 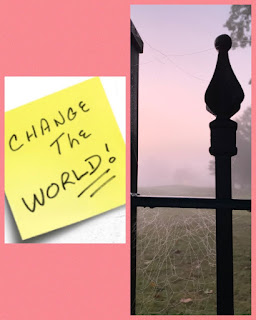 One of the most important lessons is to never dismiss those involved in the creation of something great. As Charlotte began weaving words into her web no one even saw Charlotte. They just saw her handiwork. As is the case of Bluff City Law, the show deserves a longer stint on network TV. The actors are perfectly cast; scenes are filmed with the backdrop of the gritty picturesque city of Memphis; it is produced brilliantly with well-researched scripts by writers who go the extra mile to get it right.

My thanks to my talented picture-taking friend, Rene Leach for the fantastic spider web picture she took out her Memphis backdoor. The web appeared like Charlotte’s web overnight between her iron fence, and I revised Rene’s pictures in the spirit of the illustrations from “Charlotte’s Web.” Come on America. Help give BCL a winning judgement by watching Bluff City Law on NBC on Monday nights at 9PM CST or on demand at NBC. You don’t want to miss this show. To the NBC executives who make programming decisions, to quote the post it note from episode 1, “Change the World” and give Bluff City Law a fighting chance!     #SaveBluffCityLaw