HAMMER DOWN AND GO FOR IT

Cecil Murphey once said that writers had to be a tad egotistical to write. All that rejection couldn’t be about our writing…. But there’s that word again—rejection.  Who in their right mind wants to keep getting rejected? Writing rejection feels lousy and can ruin the best of days. Then why do we do it?


The odds of getting published can be frightening. Let’s just heap all of that rejection on our heads why don’t we. Let’s schedule in a daily weep fest—just what we need when we go to the mailbox everyday to get another rejection letter. While we’re heaping on rejection, let’s go ahead and pile on some resentment and jealousy while we’re at it.

I’ve heard more than a couple of writers say they don’t understand why so-and-so’s books sell better, etc. (Anne Lamottwrote about her rejections and how they hurt.) The first time I heard that from a writer, I was surprised. The first time I read those words in a writer’s book on writing, I was even more shocked. Isn’t there enough fame and fortune to go around for all writers? The answer is—sorry—but no, according to Cec Murphy and others.

With many owning computers these days or at least having access to them, practically the entire world is writing a book. Especially in the Scandinavian countries. One writer who had recently moved to the States from that area of the world told me that with short winter days, people had nothing to do so they were all writing books to while away the time until spring’s thaw.

Who’s going to read all of those books even if they do make it out of the drawer to be published?
Let’s face reality. There are only so many hours during a day to read books. I still haven’t read all of the classics, much less the millions of contemporary books out there waiting to be read by somebody. Anybody. One warm body.

So why do we keep writing when the odds are stacked against us? Once more, I’d like to share some of Madeleine L’Engle’s thoughts, this time on what she had to say about why she wrote—especially when her husband was her most ruthless critic and a friend once told her, “It’s been said better before.”

“Of course,” Madeleine replied. “It’s all been said better before. If I thought I had to say it better than anybody else, I’d never start. Better or worse is immaterial. The thing is that it has to be said; by me; ontologically. We each have to say it, to say it our own way. Not of our own will, but as it comes out through us. Good or bad, great or little: that isn’t what human creation is about. It is that we have to try; to put it down in pigment, or words, or musical notations, or we die.”

Madeleine’s reply made me think: Writing a story is like decorating a room. If ten different decorators style a room, every room will probably turn out gorgeous, but different. (Unless they put shag carpet on the wall. Sorry, Elvis.) The same goes for a novel. Give the same idea—boy meets girl on the beach, they fall in love—to ten writers and they’re all going to come up with different characters, different plots, different beaches. Not all beaches have to be in sunny climes. We could be talking about two Native Alaskans meeting for the first time on a beach not far from ancient fishing territory.

As writers, particularly writers who feel the need to write with a no holds barred attitude—our fingers must type words or else—we must stack our words next to each other until our own personal story is fleshed out. It will be different from a neighbor’s story. More nuanced, perhaps. Intimate in different ways, perhaps. Yes, you might have been in the same neighborhood when a tornado hit but what one person experiences is usually totally different from what another experiences. 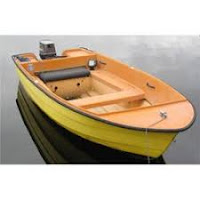 You might be out on the same fishing boat but only the person in the captain’s chair reeled in the sailfish. Everyone on the boat will tell the story from a different viewpoint or angle. Some stories will be more compelling than others. The sailfish might get longer and longer and weigh more and more by the end of the telling for some. I guarantee no two stories will be exactly identical.

Therefore, don’t be discouraged about the odds stacked against writers. Keep writing stories. You won’t know unless you try. Some might say it better, but their voice isn’t your voice. You might find your niche. You might write a bestseller. No matter the success or lack thereof, your grandchildren might one day get a huge kick out of what gramps or granny had to say in their own voice. You won’t know the results unless you hammer out your masterpiece. Hammer down and go for it!