How to Set the Right Tone for Your Novel 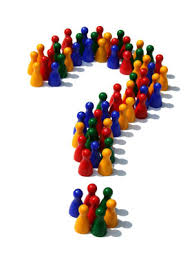 How many ways are there to set the tone of a book? The answer depends upon the genre you are writing. The first few sentences of your novel prepare your readers for the trip on which they are embarking.  Consequently, a sweet Regency romance should begin differently than a psychological thriller. Guess which of the lines below came from a sweet Regency romance and which is the thriller.

1.      . “I thought little enough of it when Charlotte missed our appointment last week. But again, today?” Marianne Bentley creased her fine brow into a furrow as she departed the Pump Room on this bright April afternoon. Her abigail, Elizabeth, scurried beside her, her short and stocky frame hard-pressed to keep up.

2.      Bethany’s heart skittered as she hastened along the street. She glanced behind her, unable to escape the feeling she’d been followed. She’d told no one except the detective about the evidence that could prove the innocence of her friend. In two more blocks she would arrive at the police station. She could hand it over and stop worrying

That was easy. The first was the first sentences of one of my Regency romances titled, THE MYSERIOUS MARQUIS. The second quote is the first lines of my psychological thriller titled, BETRAYAL.

While there is pressure to hook the reader with the first few lines, you don’t want to set the tone for the wrong story.  It is true that many readers cross-over between genres. Yet, they won’t be hooked by the opening for a sweet romance that sounds like science fiction no matter how intriguing it may be. 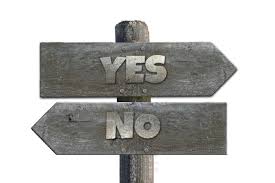 That is not to say that a sweet romance can’t start with intrigue. Yet it must be the right intrigue. Consider this example from my imagination: “Carla fought panic as she watched the toddler head for the busy street. Where were his parents?  Since no one seemed to notice the child, she set off at a run to intercept him.”

This begins with action and the suspense of whether the child will be saved. It also opens the possibility of romance when she discovers that the father is a widower who had turned around for only a moment and lost sight of his son. If I had written about a gruesome murder, my sweet romance fans would have closed the cover.

The point is that your reader should never be misled for the sake of an enticing beginning. Certainly, you want an interesting opening. All you must do is to think carefully about your genre for the hook that draws readers into your novel.

A native of Houston, TX, Karen Cogan spent her early years enjoying life along the Gulf Coast. After high school, she attended Texas A&M as well as the University of Houston where she obtained a B.S. in early childhood education. She has written numerous articles and stories, books for children and novels for adults. She particularly enjoys writing romantic suspense and contemporary and historical romance. She has written over thirty-one books in print and e-book format and she had several more in the works.  When she is not writing, Karen enjoys her grandchildren, horseback riding, reading and Bible study and dark chocolate. She is recently retired from public school teaching and uses the experience of working with children to plan and write her children’s books. She now lives in the Southwest with her family and assorted pets. For more information about Karen and her books, go to: https://www.facebook.com/karencoganfanpage/ https://kecogan.wordpress.com/ https://www.karencogan.com

Email ThisBlogThis!Share to TwitterShare to FacebookShare to Pinterest
Labels: How to Set the Right Tone for Your Novel, Karen Cogan, Southern Writers Magazine's blog Suite T