Are You for Real? 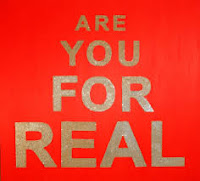 Sometimes, I ask myself, “Are you for real?” Not in that, “aww, Mom… are you for real?” annoyed teenager kind of way. And not in a profound nursery magic, Velveteen Rabbit kind of way either. It’s more like a “just who do you think you are anyway?” sort of way. It’s a subtle voice saying, “those other writers are real, you’re just a wanna be.”

I say I am an aspiring writer. I say writing is a hobby, just in case someone might think I am getting too big for my britches. The truth is if you write, you are a writer. This was beautifully said by Pulitzer prize winning author and professor of writing, Junot Diaz. “A writer is a writer, not because she writes well and easily, because she has amazing talent, or because everything she does is golden. A writer is a writer, because even when there is no hope, even when nothing you do shows any sign of promise, you keep writing anyway.” 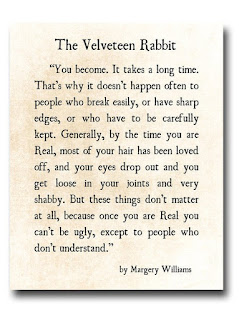 But I don’t feel real. That’s okay. Keep writing. “It doesn’t happen all at once. You become. It takes a long time. That’s why it doesn’t happen to people who break easily, or have sharp edges, or who must be carefully kept” (Margery Williams, The Velveteen Rabbit). 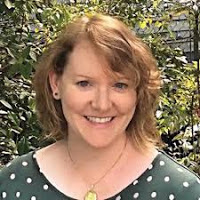 Tonya Calvert finds inspiration all around her, especially on nature walks and at the Florida coast. She has a BS from Columbus State University and a JD from Atlanta's John Marshall Law School. Saylor on the Seashore(Clearfork Publishing 2017) is her first book. Her second children’s book, The Origami Elephant (Clearfork Publishing) will be released fall of 2018. She is married to her high school sweetheart. They live a blessed life in the Deep South with their three boys.