Write What You Know

Every novel starts with a flicker of inspiration; a word, a thought or a memory that is often followed by a journey down the “what if” road. My inspiration for writing The Summer of New Beginnings happened when I read this anonymous quote:

“It came to me that every time I lose a dog they take a piece of my heart with them, and every new dog who comes into my life gives me a piece of their heart. Perhaps if I live long enough all the components of my heart will be dog, and I will become as generous and loving as they are.”

I’m a dog lover; I’ve always been a dog lover. I can’t remember a time when I didn’t love a dog almost as much as a mother loves her baby. My dogs have been my babies, lap dogs content to curl up under my desk and wait patiently for the workday to end. Through the years a number of furry friends have come and gone, but one stands out most clearly in my memory: Katie, my rescue pup.

The relationship between owner and rescue is different than any other. It is a lifetime commitment, a bond that declares loud and clear, "I am yours, and you are mine.” The day you bring that dog home, you know you will be together for as long as life allows.

Katie came into my life just after I’d lost the dog that had been with me for 18 years. I was broken-hearted and ill prepared for any emotional attachment, but Katie sat by my side and waited for my heart to heal. That’s the thing about dogs; they have an uncanny ability to sense our emotions. They understand the complex language of facial expressions, body posture and bonding vocalizations. Their abilities don’t stop there, though; they also understand human nonverbal language and can sometimes pick up on an illness in its earliest stages.

The sage advice given to most authors is, “Write what you know,” which is what I’ve always done. In five of my eighteen books I included a dog but always as a sidekick, never in a featured role. This time I decided to allow the dog to take center stage and be the driving force for the action. Once I came to that decision, I could either turn to magical realism and give the dog a speaking role, or stick with what I know and let the dog play the same role Katie played in my life —a non-speaking but ever-loving companion who changes your life forever.

I opted to stay with what I know and dug deeper into my own reality to model the two sisters after myself and my middle sister, Donna. We were not unlike the Briggs girls: me too serious minded for my own good, and Donna the very embodiment of Tracy, a carefree good-time girl.

Each author has his or her own way of approaching a story. I almost always start with the characters. Once I have a comprehensive picture in my mind of the characters, I can more realistically imagine a set of circumstances that will upend their lives.

For Meghan Briggs, that event was the loss of her father. He was her champion, the one who cheered her on as she reached for the dream of becoming a journalist. When he died, her dream died with him. The business he’d built from scratch was the only part of him she could hang on to, and so that’s what she did. She settled into the oversized desk chair and became a shadow of her daddy. It was easy to imagine Meghan doing this, because it’s what I myself might have done.

Modeled on my sister, Donna, Tracy was more of a challenge. People came and went, but few things flustered Tracy. When one party ended, she’d simply hurry off to the next one…until she became a mama. Everything changes when you become responsible for that tiny little creature you are holding in your arms. A woman who is wild and willful would never return home seeking help for herself, but she’d do it in a heartbeat for her child.

Here was the core of my story: two sisters, polar opposites, both struggling with the challenges of life. Certainly enough conflict, but this time my goal was to create a story with the dog as a primary character. It happens when Meghan jumps into the lake to save a scruffy stray from drowning.

Meghan was not ready for an emotional attachment, but dogs have a way of opening up your heart. In The Summer of New Beginnings, the pup teaches her how to love again and leads the sisters to a discovery that will ultimately save Tracy’s baby.

Imagine, a lovable hero who doesn’t have a single line of dialogue!

Now that I’ve done what I set out to do, will I continue to use a dog as a primary protagonist? Probably not. The fun of writing is finding new people, places and things to tell about. A second Magnolia Grove novel is already in progress, and it takes place a few years after the first one. The sweet surprise in this one is that Tracy’s baby is stepping into the limelight.

For me the joy of writing comes in discovering new voices, with or without the accompanying dialogue. 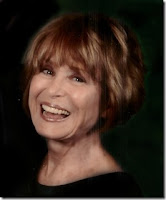 Bette Lee Crosby is the USA Today bestselling author of eighteen novels, including Spare Change and the Wyattsville series. She has been the recipient of the Royal Palm Literary Award, Reviewer’s Choice Award, FPA President’s Book Award, International Book Award, and Next Generation Indie Award, among many others. Her 2016 novel, Baby Girl, was named Best Chick Lit of the Year by Huffington Post. She laughingly admits to being a night owl and a workaholic, claiming that her guilty pleasure is late-night chats with fans and friends on Facebook and Goodreads.  Her newest book, The Summer of New Beginnings, releases in March 2018. To learn more about Bette Lee Crosby's work, stop by her website at www.betteleecrosby.com