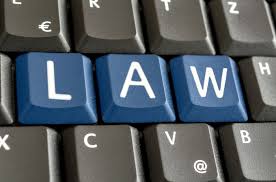 When I give my Legal Issues for Authors presentation, use of song lyrics in books is the number two area of discussion and topic for questions. I often hear: “It’s just one line;” or “How would they know?” Even one line is protected by the songwriter’s copyright, and your book could become a big hit and the music company holding the rights may decide to enforce it. The same laws that protect authors’ book rights protect musicians’ song rights. And, like books, the copyright is created the minute the tune is written, even prior to registration. (Note: Use of song titles on the cover or as the title of the book is also protected and prohibited.)

Titles in Lieu of Lyrics: In my own writing, I try to find a way to get the same effect from the song lyrics I’ve quoted without using the actual lyrics. Most of the time, I use the song title and the artist’s name, which is acceptable under copyright statute.

In Music Notes, the second in my legal thriller series, attorney heroine Merit Bridges represents a down and out guitarist, Liam Nolan, who’s slain near Lady Bird Lake with his own Stratocaster. The probate that develops after his death involves a young University of Texas student who believes that Liam is his father. In comes the villain, a music manager out of Los Angeles, and trouble ensues.

As you can imagine, many songs and singers are referenced in Music Notes. I wanted to show the mood of a scene with particular songs, but how to do that without including lyrics was an issue. To skirt the problem, I carefully selected songs with a title that gave hints to the mood of the song and thereby the scene.  For example, at a sad funeral, I had a local musician sing an a cappella version of Willie Nelson’s Blue Eyes Crying in the Rain. Even without the lyrics, the reference to the song was enough to evoke the feeling tone I was trying to achieve.

Permission: If an author is determined to use particular song lyrics, permission can be obtained by sending a request to the music publisher and paying a fee. The cost may be prohibitive, and the process can be slow and frustrating.

Original Lyrics: Another safe option is to write original lyrics. Often a mood can be created by writing as if the lyrics exist. The reader may feel that they recognize the song or at least the type of song even if it’s not a classic or current hit. 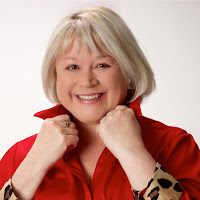 MANNING WOLFE an Author and attorney residing in Austin, Texas, writes cinematic-style, smart, fast-paced thrillers with a salting of Texas bullshit. The first in her series, featuring Austin Lawyer Merit Bridges, is Dollar Signs: Texas Lady Lawyer vs Boots King. A graduate of Rice University and the University of Texas School of Law, Manning’s experience has given her a voyeur’s peek into some shady characters’ lives and a front row seat to watch the good people who stand against them.