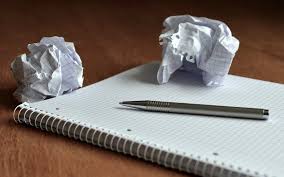 Putting your past on paper is an intimate form of communication. Blog posts are personal, but memoir writing is another thing. Here’s what you need to know.

Choose your purpose.
Do you want to encourage, telling your story of overcoming abuse, or cancer? Or entertain, with tales of celebrity friends, assuming you have them. My intent with Rabbit Trail: How a Former Playboy Bunny Found Her Way was to instruct about the pitfalls of false religions. Have a clear idea before you start.

Focus on a theme.
One risk with memoir writing is getting distracted. You’ll include many vignettes in your work, and just as with any well-written fiction, they should make sense as a cohesive unit. With A Movable Marriage, however tangential some description might have seemed, it was always directed to my message: it is possible to not only adjust, but thrive, in changing circumstances.

Tell the truth.
This means being honest. It does not mean telling every event that happened in your life. A friend objected to my leaving out something she considered pertinent in one of my books, but I knew it didn’t move the plot forward. Remember, it’s your story. If people want to tell it differently, they can write your biography.

Deal with—not out—pain.
Here’s a two-parter. First, as you delve into the past, you will uncover memories that not only make you laugh, but cry. Expect it, embrace it, and then let it go. Second, don’t be like Hemingway—at least this way: when his Torrents of Spring was published, it was said, “all Montparnasse was talking of ‘six characters in search of an author—with a gun!’” Bitterness negatively colors what you want your readers to hear. Rise above it.

Use fiction elements.
You wouldn’t expect to read a novel without sensory description that draws you into the narrative. I’ve shared sights and smells of candy stores and pizzerias in Brooklyn and what it’s like to travel on the Venice-Simplon Orient Express. Take your readers to another time and place as you take them into your confidence.

Turn off your inner critic.
One of the benefits of participating in National Novel Writing Month is, in having to get 50,000 words on the page in 30 days, you must stop backspacing a dozen times in each sentence. (If this is an issue for you, I recommend you try NaNoWriMo.) Let your thoughts flow freely. You can excise in a rewrite, but censor as you go and you may miss an instrumental connecting idea.

Don’t rush.
Years ago, I had dinner with Judith Krantz. When I said writing a book seemed overwhelming, she replied, “Write a page a day, and in a year, you’ll have a book.” It didn’t take you three months to live your life, so don’t expect to write a memoir in three months. Savor the process.

Born in Brooklyn, New York, Tricia Pimental’s first book was a memoir about her circuitous path to faith in Jesus Christ: Rabbit Trail: How a Former Playboy Bunny Found Her Way. That work was followed by a novel, Slippery Slopes. A second memoir, A Movable Marriage, was published in 2016. All three books have received Royal Palm Literary Awards in the annual competition sponsored by the Florida Writers Association. Other work has appeared in A Janela (the quarterly magazine of International Women in Portugal), anthologies compiled by the Florida Writers Association and the National League of American Pen Women, and elsewhere. She writes regularly for International Living Magazine and their affiliates since signing on in January 2017 as Portugal Correspondent. Tricia and her husband live near Lisbon with their Maltese who, like them, has learned Portuguese. A member of the Screen Actors Guild-American Federation of Television and Radio Artists and a former Toastmaster, she blogs at her website, www.triciapimental.com. Find her on Facebook at www.facebook.com/amovablemarriage and follow her on Twitter: @Tricialafille.