When Your Story Stops You in Your Tracks

I found it comical when my husband read my latest novel—Song of Silence—in its Advanced Reader Copy form and looked up from his recliner to say, “Hey! I’m Charlie! This is me you wrote about.”

“Really? Is that what you think?” I busied myself folding laundry and keeping my facial expression neutral.

“He’s me. I’m him. I’m the guy who doesn’t have a clue and thinks running a worm farm is a great idea.”

“You inspire me, dear. Remember when you wanted to start a chive farm? Raise tilapia here in the woods?”

Comical. Until the tables turned.

The final edits came due during one of those weeks when—despite our 43 years together—our communication system broke down. Everything my husband said irritated me like lemon juice in a paper cut. Multiple paper cuts.  And the lemon juice had been microwaved on High.

We stayed out of each other’s way. And remained polite. Polite-ish. But it wasn’t our best example of marital bliss.

And I’d been tasked with looking sentence-by-sentence, word-by-word, letter-by-letter at a story about a woman who had a hard time respecting her husband, who pulled her head into her turtle shell rather than deal with her depression, her listing marriage, and her unhealthy responses to a major disappointment.

Yeah, that was fun.

It’s a standard set of questions for authors in interviews: “How much of yourself do you write into your characters? Are your novels autobiographical in any way? Which character most resembles you?”

Most authors answer with some version of “There’s a little bit of me in every book I write.”

For more than three decades, I wrote slice-of-life scenes for a daily radio broadcast. That’s a lot of slices. A lot of life. Much of it came from scenes I observed in my kitchen, family room, neighborhood, backyard…

When my kids were old enough to realize that Mom constantly collected story fodder, they’d sometimes stop in the middle of what they were doing to say, “Mom. Do NOT write about this!”

But that’s where realism is born, in the greenhouse of an author’s experiences, observations, failures, victories, and neuroses. Or strengths. Let’s say strengths. 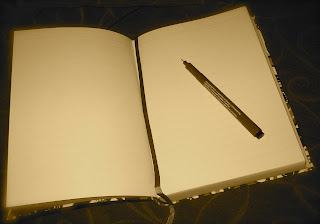 On an editing day, I discovered attitude-changing counsel within the story I wrote. Will readers be stopped in their tracks by what they read? Conscious that they aren’t reading a product of imagination as much as looking at a reflection of their lives? Will they too—through story—find a new perspective for their challenges? 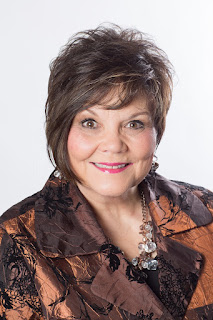 Cynthia Ruchti tells stories hemmed in hope through her novels, novellas, nonfiction books, articles, and devotionals, drawing from 33 years of on-air radio ministry. Ruchti has 17 books in print, and her books have received numerous awards and nominations. One of Ruchti’s greatest joys is helping other writers grow in their craft. To that end, she has served as worship and devotions staff and faculty for the Write-to-Publish conference and teaches at other writers’ conferences across the country and internationally as opportunities arise. She also serves as the professional relations liaison for American Christian Fiction Writers. To keep up with Cynthia Ruchti, visit www.cynthiaruchti.com. You can also follow her on Facebook (Cynthia Ruchti), Twitter (@cynthiaruchti), and Pinterest (cynthiaruchti). Her List of Novels/Novellas: They Almost Always Come Home, A Door County Christmas (novella), When the Morning Glory Blooms, Cedar Creek Seasons (novella)All My Belongings, As Waters Gone By, An Endless Christmas (hardcover novella), Song of Silence Restoring Christmas (coming Fall 2016) and her Nonfiction: Mornings with Jesus 365-Day (devotional 2014, 2015, 2016) His Grace is Sufficient…Decaf is Not (devotional) Ragged Hope: Surviving the Fallout of Other People’s Choices, Be Still…and Let Your Nail Polish Dry 365-Day Devotional Journal, Tattered and Mended: The Art of Healing the Wounded Soul

Email ThisBlogThis!Share to TwitterShare to FacebookShare to Pinterest
Labels: A Door County Christmas, ASong of Silence Restoring Christmas, Cedar Creek Seasons, Song of Silence, They Almost Always Come Home, When the Morning Glory Blooms, When Your Story Stops You in Your Tracks