Down here in the South, most students have just wrapped up their school year and begun their summer vacation.  Up North, many kids are still hitting the books, and will continue to well into June.  Officially, the calendar says the first day of Summer is June 20th.  But the days have been hot and summery enough lately that many Southerners consider Memorial Day Weekend the start of the sunny solstice. 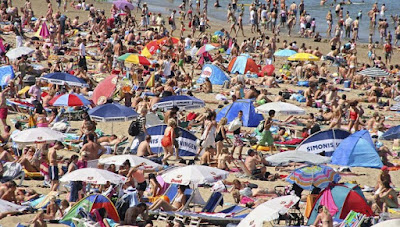 "Summertime and the livin' is easy," said George and Ira Gershwin (actually, it was DuBose Heyward, the author of Porgy, the novel on which Porgy and Bess was based).  Regardless of whether your daddy's rich and your mama's good lookin', there are plenty of folks who dispute Porgy's sentiment because Summer often means juggling even more things than usual.

It's not necessarily bad stuff, just more stuff.  We tend to fill our summers with as much as we can, hoping to make up for all the months when we've worked so hard, feeling like this is the only chance we have to do the things we don't have enough time for.

Which brings me to the question, did you make any writing resolutions back in January?  Did you pledge to write a page a day?  500 words a day?  More importantly, have you been successful?  I've pondered that very subject with a number of authors lately, and, like me, most of them were faithful to their goals for at least a week.

As honorable people, we make it a point to live up to the promises we make to others.  Commitments we make to ourselves, however, are too easy to break, since no one's around to punish us.  But don't we do just that, with feelings of disappointment in ourselves, regret, and lost opportunity?  If we had started on that novel in January and kept at it for the last 150 days, even a 500-word goal would mean 75,000 words under our belt today.

Stephen King says he writes 2,000 words a day.  Julia Cameron shoots for three pages, roughly 750 words.  Your own mileage will vary, as it should, and you might do well to start small.  On those days when you surprise yourself because you've written 3,000 words, you'll know you've gotten back your groove. 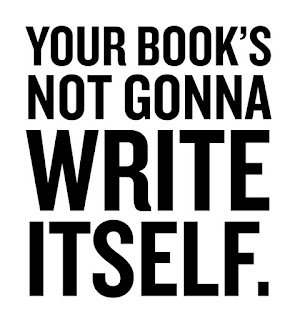 To those authors who manage to write two or more books a year, I'm preaching to the choir.  I don't know how you do it, but I love you for being a source of hope for the rest of us.

500 words a day is an easy task when you're having fun.  As a matter of fact, this blog post is exactly 500 words long.

As you enthusiastically make your other plans for the summer, I encourage you to include a recommitment to (or the initiation of) your writing resolution. Remember how important writing is to you and how good it would feel to get your book written by December 31st.

Then your resolution for 2017 could be all about your next book.