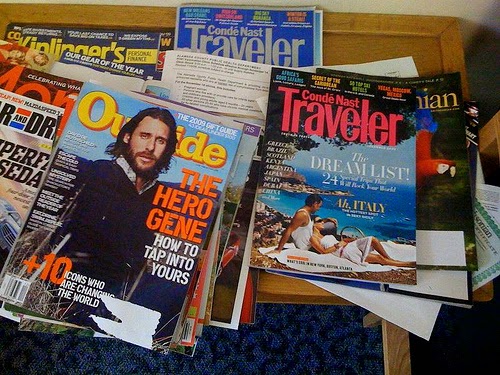 Much like our own bookshelves, I've always considered the magazines in a doctor's waiting room to be a reflection of the person running the joint. I appreciate a physician who caters to multiple ages and interests by supplying a broad selection of periodicals.  While waiting for a dental checkup this week, I had just such an opportunity to choose from a fair variety.

Being both a movie and news junkie, I'll often reach first for an Entertainment Weekly or a Newsweek if they have it.  But today I decided to broaden my horizons and look at magazines I would never normally read, purely in the interests of inspiration and enlightenment.  And perhaps fodder for a blog post.

The first magazine, which dealt with outdoor adventure, was a radical enough choice to start with, since my loyalties firmly lie with the great indoors. Pledging to read whatever article I randomly opened to, I found myself learning about the Beer Mile, a fad from Australia which encourages runners to attempt a five-minute mile around a four lap track, downing a brewski upon each lap. Few apparently succeed upon consuming all that ale, and I must admit that I bailed on the article when I saw that it consumed eight pages of the magazine.  But it left me interested in the fact that the organizers of these events almost have to do so under the radar because they are fraught with the potential for negative publicity.

Another magazine—and one I really had to bite the bullet to pick up—was a golfing magazine.  The first page I came to was a Q&A with an expert on country clubs across America.  A reader asked what course he might recommend for a vacation spot based on his preferences for a warm climate, nearness to a historical site, and whatever.  Before I put the mag back, I considered the value of planning a trip based on very specific criteria, such as researching a city one might want to set their next novel in. 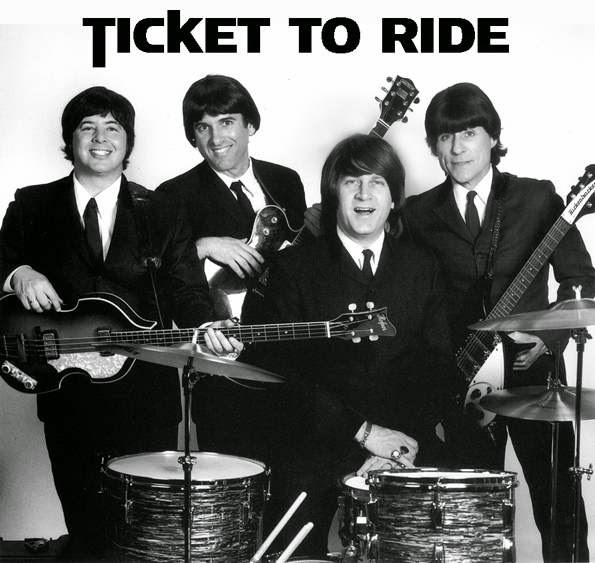 Soon after that I was summoned for my appointment, but not before I took stock of the new insights I had gleaned from this free source of inspiration.  In that short amount of time I was given the nucleus of a story idea that might involve a fan who is so infatuated with their favorite singer that they move to his city and organize a questionable event that they know the singer will want to be a part of, and mayhem ensues.  In fact, if you'd like to write it, go for it because I'll be busy working on my tribute band.  I do a mean Gilbert O'Sullivan.

Which is all one way of saying that I recommend branching out and reading something from the road less traveled.  You might indulge in similar pages of offbeat randomness while standing in a checkout line, but the opportunity to take your time and expand your mind in the relative comfort of a waiting room could be just what the doctor ordered.