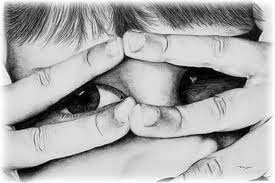 Sometimes words skitter off my fingertips, multiplying so fast I can barely catch them. And sometimes they’re about as rebellious as a two year old, playing peek-a-boo until the computer's off and the notepad yards away from sleep-numbed fingers. You know what I mean.
Marketing’s probably what sucked my words into some dark hole. Maybe you like that part of the business, but, honey, I’d rather duck and hope it goes away, because right now it’s a good day if I can manage fifteen pages on my WIP.

A WIP, I might add, that I’ve already written. Like all of my stories, this one clamors for attention. I get that. I’m a tweaker. But other beginnings also beg to be finished, while brand new seems an impossible target.

Social media pings for attention like a first-grader crying, “Me, me!” I love interaction. I check on friends’ status, because I’m supposed to work on relational skills with readers/writers/all those people out there who might want to read my books. But I also need to finish something or at least get busy on it.

I’ve been at this writing gig since rejections came in the form of little cutout slips that said, “Saving paper. Sorry, but no thanks.” (The cutouts weren’t from Southerners. A Southerner would have used a whole sheet of paper and added, “Lord, bless you, honey, but I’m afraid I’m going to have to disappoint you today. Another time?”)

Maybe, just maybe, my subconscious doesn’t want to face another round of submissions. Because once I declare this WIP finished, I’ll have to send it back to my agent and let him send it out (again).

When the words grow silent, I figure it’s time to take a walk. Or sit on the porch and bide a while. Biding rests the mind and lets images coalesce, perhaps into words and thence to stories. Here’s my Biding List. (List making is writing, isn’t it?) 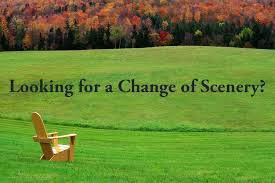 Step One: Stare at the creek. At the houses that rim it. Houses mean lives. Rich, poor, transplants, locals. And across the way, in that little fishing village, I’ve heard tell of small-town doings, some of which might make the tabloids in a big-city paper if anyone wanted to air the dirty laundry.

Step Two: Listen. There’s a language down here among the watermen. A cadence not only in speech, but also in living: the voices, the sound of a soft soughing wind, the call of water birds, the varoom of boat engines.

Step Three: Think story. There’s sadness going around. Folk laid off, hurting. Children turning to things they oughtn’t, just like in the big cities. Divorces, infidelity, loneliness. But also good folk doing their best to live good lives.
Step Four: Write a word, five, ten. Scribble the beginning of something. Or the end. An idea that will break forth into more. 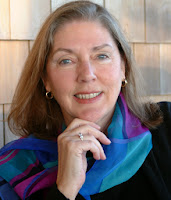 A life-long sailor, Normandie has been writing and editing professionally since the seventies. She studied sculpture for several years in Perugia, Italy, before returning stateside to complete her degree with special honors in English. When they’re not visiting grown children who have scattered elsewhere, Normandie and her husband divide their time between their waterfront home in NC (where she takes care of her mama) and their waterborne sailing home, Sea Venture, lately returned from Pacific Mexico. She has two novels releasing this summer, Becalmed from Lighthouse Publishing of the Carolinas and Sailing out of Darkness from WhiteFire Publishing. The links for my social media are below. But to make it easier for you: www.normandiefischer.com     www.writingonboard.com
https://www.facebook.com/NormandieFischer   https://twitter.com/WritingOnBoard