You may remember Art Linkletter's famous quote, "Kids say the darndest things".  Even when I was a kid (saying the darndest things), I recognized that it doesn't stop with kids.  I've always been fascinated with the oddities of conversation and how we all say some pretty strange things. 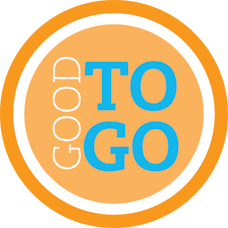 The first time I heard the phrase "good to go" was at a business meeting in 2000, and it caught my ear for its uniqueness and alliteration. I had no idea it would soon become one of the most overused catch phrases of our time.  Having said that, I say it a lot.

In more recent years, "It is what it is" has elbowed its way into modern language.  I was introduced to it by a friend who was suddenly using it several times in every conversation.  I assumed he got it from one of his two great loves, sports or American Idol.  Either way, what an absurd phrase.  How can it not be what it is?  I mean, come on.  I'm validated to observe that "It is what it is" is one of the most hated sayings of our century, and is on its way out.

But much more recently, I'm noticing the unusual propensity of some people to start an answer with the word "so".  For example:

Huh? When did "so" become a synonym of "because"?

Watch any episode of Shark Tank and you'll see numerous instances of this.  For a while I assumed they skipped something in editing, but it's become obvious that's not the case.  I've been hearing it elsewhere too, like on cable news channels.  Have you?

"So" at the beginning of an answer seems to be replacing the ever-popular "well".  Which, if you think about it, is just as odd of a word to start an answer with.  The dictionary doesn't even explain "well" in that context, but we all use it as a bridge of sorts, an interjection to lead us from the question to the answer, giving us an extra moment to form the words that follow: 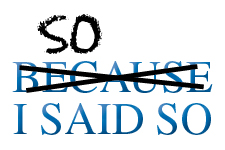 Actually, I have a theory.  In recent years psychologists have asserted that "well" at the beginning of an answer could mean the person is not telling the truth.  (Perhaps it's become an unofficial qualifier, like "actually" or "honestly".)  Because of that, companies may have instructed their salespeople to avoid saying "well", and other circles have followed suit.  Just a theory.

Still, I question the choice of "so" as its replacement, which is like starting an answer with "therefore".  It's especially unforgivable among journalists, who purport to use the English language more fluently than the average bear.  Instead, they're only perpetuating the madness.

Kindly pardon the rant, but it's starting to get on my nerves and I hope this bizarre trend will fade into oblivion soon.  Until then, it is what it is.

Email ThisBlogThis!Share to TwitterShare to FacebookShare to Pinterest
Labels: catch phrases, Gary Fearon, good to go, it is what it is, language, Southern Writers Magazine