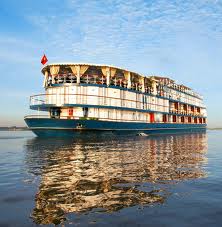 Alone, she sits in the bow of the riverboat in a pale yellow, sleeveless sundress, her delicate skin glowing pink, her eye lids shuttered against the relentless sun. She is surrounded by people but no one sees her. Not even the ones who wheeled her aboard. With formless legs strapped tightly into the foot rests and withered arms drawn against her body like gnarled tree limbs, she has become part of the chair. We pass an Indian village with crackling electric campfires. Warriors and squaws, rendered in brightly painted fiberglass, stare off into space while the riverboat’s wake laps against a canoe pulled partway up on shore.

She glimpses a beige teepee flicker between the multitude of legs in front of her. Her short dark hair is buffeted by a sudden breeze as we make our first turn. No danger of grounding in the shallow waters ahead--this riverboat is on steel rails. Three teens hurry past, vocally annoyed that they have to walk around the girl’s chair to reach the upper deck stairs. She looks down, embarrassed. It’s more than I can bear. I take the Tinker Bell nightshirt I bought for my granddaughter’s tenth birthday from the plastic bag and cover the girl’s shoulders. She draws it together at the neck with a crooked finger and smiles a thank you. I crouch beside her and rest my hand on her forearm. She is surprised. So am I.

The riverboat blasts its whistle as we pass Tom Sawyer’s , startling me. She rolls her eyes in amusement. I smile. She grins. We lock eyes for the remainder of the voyage. Silence speaks volumes. The boat glides to the dock and stops with a bump. Two hundred new voyagers have gathered, waiting anxiously to board. An expressionless figure unlocks her wheelchair and spins it toward the exit ramp. With a Herculean effort, she twists to see me one last time.

“Wait!” I shout. Thirty people turn and stare. I run to her and crouch again. Her driver clicks his tongue. I need to hear her voice. 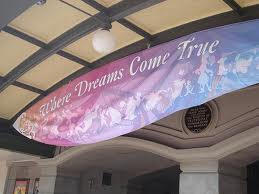 “Are you having a good time?” I ask. She rubs her cheek against the silky nightshirt and says, “I am now.” Seconds later, she dissolves into the crowd that passes beneath a fifty-foot banner, which proclaims “Where Dreams Come True.” 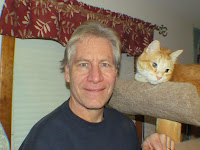 I have worked as an Ophthalmic Physician’s Assistant for 28 years and enjoy helping people see clearly. I began writing in high school back in the Jurassic Period, studied English and Economics in college and Philosophy with the Franciscans. I am on Facebook and at vonbromson.blogspot.com as well as georgelindberg.com. My E-mail address is vonbromson@aol.com