The Accent Of A Southern Writer 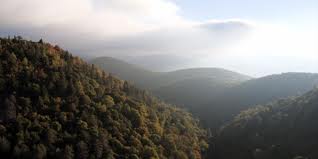 I write stories filled with bits and pieces of my Appalachian childhood and served up with conflicts based in truths and real events. Stories of forgiveness, death, love, racial conflict, faith, tragedy, innocence, destiny, and overcoming insurmountable obstacles.

Having cut my teeth on the back of a church pew, I found myself revisiting the revival tents, tabernacles, and the grand cathedrals of my youth as I wrote Southern Fried Women and then, my new novel, Televenge. Exploring religion, spirituality, and the unexplained where characters hang ripe for the picking, I have experienced a world of both the sublime and the bizarre.

But within my stories it is not just a description of place that plants the reader’s feet firmly in the South. My determination to protect the Southern accent in Southern literature is a result of losing my accent many years ago. Let me explain.

I was a transplanted little hick in a Yankee schoolroom. Like a child of Chinese immigrants who speaks Chinese at home and English at school, I grew up speaking with the accent of my parents, and learned to switch to a Northern accent in my Ohio classrooms.

As a little girl, I had adopted my father’s drawl. He had a nasal, quick, Appalachian accent but my mother’s was more refined. Slow and sugary. Mother felt it was her mission to civilize my father, and especially my sisters and me. She would say, in jest, “We are not hillbillies – we are Hill Williams.” Yet no matter how hard she tried, she couldn’t change her own accent.

To circumvent the ridicule of my classmates, I learned how to change back and forth between, “them fellers ain’t had no pie” to “those boys haven’t had their pie.” My environment determined my accent. Unfortunately, my family’s poor grammar created a barrier, isolating them at times from their community. But I had no barrier. I had to attend school with an inherited diction not used in Northern schools. A diction I rid myself of quickly to survive.

Still, it never occurred to me that some folks didn’t know what the word gaulded meant. “My legs are just gaulded in this heat.” Or why some said, “Put the potatoes in a bag” when my grandmother said, “Put them ‘taters in a poke.” Little did I know, the power of my family’s accent would follow me my whole life, rooting and grounding me—providing a safe bed to fall back on as I struggled to learn which syllables to use and when. 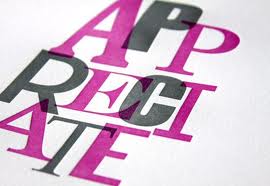 Even through the struggle, I loved the way my mother talked. I felt neither embarrassed nor held back by her accent. It didn’t become apparent until much later how much I treasured the sound of my family’s voices as they gossiped during canning season, whispered in church, and sang their hearts out during revival week. They became a part of me, and part of what flew out of my head and onto the page.

I have learned to appreciate my heritage, to value my Southern accent, even if I can turn it on and off. For me, working and living in both the North and South, it’s given me a broader view of both regions, and a richer impact as a writer. But in truth, it’s who I am and what I came from that influences me most as a writer. Not where I live. I cannot deny the Northern part of me, any more than I can deny the Southern blood that runs through my veins, and the Southern accent that occasionally slides off my tongue. – End –

Pamela is the author of the highly acclaimed collection of short stories, Southern Fried Women. Born a coal miner’s granddaughter and raised by a tribe of wild Pentecostals and storytellers, Pamela loves to write about religion and spirituality with mystical twists she unearths from her family’s history. She has taught at many writing conferences, and speaks to book clubs, women’s groups, national and local civic organizations, and at churches across the country. More than a decade in the writing, Televenge is her debut novel. She lives in Ohio with her husband, Michael, and is working on her next novel. To learn more about the author, visit www.pamelakingcable.com.