My two most recent young-adult novels are retellings of stories that many readers know very well: King of Ithaka is the story told in Homer’s Odyssey, but from the point of view of Odysseus’s teenage son, Telemachos. Dark of the Moon recounts the tale of the Minotaur, the monstrous half-man, half-bull confined under the labyrinth in Crete; we learn this story through the words of

Ariadne, the Minotaur’s sister, and Theseus, his killer.

I’m sometimes asked why I like to retell familiar stories from an unfamiliar point of view. I suppose it’s because the untold story is always the one that interests me. The bit players—sidekicks, family members, sometimes even those in more-pivotal roles, such as mentors, villains, best buddies—are usually flatter than the protagonist. This makes sense; authors have to make sure that the focus stays on the main actor. But nobody is a secondary character in her own life, right? I’ve always been intrigued by the idea of taking the clues provided by the author—knowingly or not—and fleshing out a character and a story from them.
Besides, the characters whose stories I explored in those books (Telemachos, Ariadne, and Theseus) just cry out for dramatization for teen and adult readers. For example, Telemachos was raised by a single mother after his father failed to return from war. He has to learn for himself how to be a man. How many hundreds, even thousands, of young people find themselves in that situation?

Ariadne is forced to choose between remaining true to her beloved mother while protecting her equally beloved brother, and being true to herself and to a foreigner who has introduced strange new ideas into her world. This is one variation of a choice that many teenagers face as well.
And Theseus—he has been brought up in a macho society where he was bullied for being different. He’s surprised to learn that the small and shy Ariadne is in truth very strong, and that he himself has an unexpected tender, nurturing side. 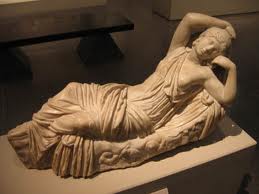 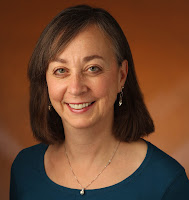