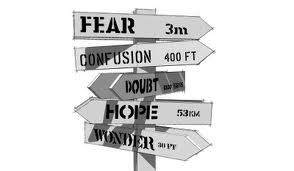 This writing, it is not something I take lightly. It is words fused, within me, which I steadily chisel away from my bones and heft to alphabet letters. Most times, it is a journey to get these letters to paper (or computer screen) because it does not always make sense in the beginning. Patience has taught me to let it flow and trust in the practice for it will all come together in the ending.

As a method writer, I do not know there is a method to my madness; unless, of course, the method is the madness. The majority of my ability lies in snatching a slippery emotion from the air and tacking it down in words. This tacking is done in drivels and, sometimes, by the truckload. Some days I am able to catch the bouncing ball of thoughts and some days it simply bounces away.

Whiskey In The River was written by me in this very manner. Slow spurts, stops and starts riddled the story in the beginning. Culling the past can be trying, at best. When one yarns truths from the past, I have learned it is best to wear gloves as you tug on that tenuous rope that ties and binds the memories. Capturing thoughts from one's mind is a challenge, although the most difficult test is effectively writing an emotion. An emotion is not something you can physically see or touch, as one could see and touch a tree. Emotion is invisible to the eye and elusive to the hand, yet, it is the most powerful of senses. Cradling that emotion and translating it to words is my biggest feat. Essentially, it is what I do and what I strive to do. I mold emotions, as if they were clay, into models that can be understood by others. If I can make you feel what I feel, I have done my job. 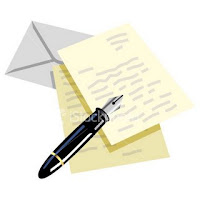 The book began as a letter to my son. Originally, it was only to be a letter. But, with each passing day, the letter began taking on the life of a story. The narrative non-fiction story morphed and molded into the novel it is today. I clung to this writing every day as I pecked out the words bleeding out our past. On the barest level, it is a story about a life stitched in the tragedy of death. After the deaths of my brother, husband and father hard lessons had to be learned by me. No choice was determined to be the way of it as these lessons galvanized my soul. It is my legacy and I am handing my baton of lessons to my son through this writing of Whiskey In The River. 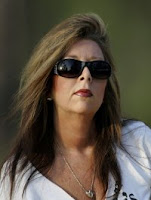 Jenny Socks is but a simple storyteller. Born as a Yankee in Rhode Island and raised as a Rebel in the south, she is the youngest of five children. Her life as a respiratory therapist, a bookie's wife and a devoted mother, all contribute to the yarn she weaves for readers.Today, Jenny lives in a one-caution-light town west of Tallahassee, Florida. A little jerk-water with molasses slow days set the scene as the days are unwrapped in the company of her son, Chad. Laughter provided courtesy of the animal farm of Festus Hagen the doberman, Gucci Man the pit bull, Beauregard Bocephus Bodacious Bodine (Beau to his friends) the feral cat, Cocoa and Yoshi, the ferrets, Lucky the taeko gecko and hundreds of tropical fish. She now leads a quietly profound and simple country life full of grace.