She Fell In Love 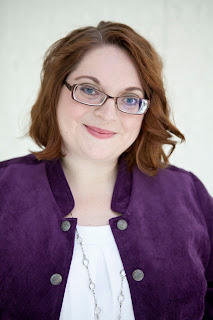 Liz Johnson said, “I fell in love with Prince Edward Island. [It] captured my heart and inspired my imagination, and I’ve always known I had more PEI stories to tell.”

Tell us about your new novel, The Last Way Home?

When disgraced former NHL player Eli Ross returns to Prince Edward Island after eleven years, he discovers the broken family he left behind may be easier to win over than his mom’s business partner. Local artist Violet Donaghy isn’t eager to forgive the man who broke his mom’s heart. But when her pottery studio nearly burns to the ground, they’ll work together to rebuild—and more than the studio is on the line when secrets come out and they begin to open their hearts.

What is the connecting element for all three books in the Prince Edward Island Shores series?

The Prince Edward Island Shores series shares the stories of the three Ross brothers from Victoria by the Sea. Eleven years ago, their father walked out on the family, and now each brother must come to terms with the way they responded—with anger, running away, and pulling back from the rest of the world—especially if they want to win the hearts of the women in their lives.

Why did you choose to set your book in Victoria by the Sea, which is on the south shore of Prince Edward Island?

I was hooked on Victoria by the Sea after my first visit. It’s such a beautiful community filled with artists, theater, and lots of lobster fishing. I wanted to feature each of those areas in this series.

Why did you choose a hockey profession?

I love to ice skate! When I was twenty-five, I moved to Colorado and decided to pick up a winter sport. I took figure-skating lessons through the city, and I fell in love with the ice. While I wrote this book, I spent almost every weekend at a rink in Phoenix, marveling at the skilled hockey players—young and old—practicing on the ice. I loved watching the youth hockey players in their games and spent hours figuring out how to incorporate that into this book.

Both of the main characters in your book, Eli Ross and Violet Donaghy, have secrets that come to light within the pages of your novel. Without giving away any spoilers, can you provide some insight on how these secrets might impact their lives and the lives of the Ross family?

Like many people with secrets, Eli and Violet both hide behind carefully constructed facades. Violet chooses to overlook the rumors that run rampant about her history rather than face the truth of her past. Eli fears that his secret will shatter whatever relationship he’s restoring with his family. When Eli and Violet realize that the other is a safe harbor to share, they realize that they’re not so different after all. Telling the truth to one person may open the floodgates, and it will affect the entire Ross family and could ruin their budding romance.

What do you hope readers will gain from reading The Last Way Home?

I hope readers will be reminded that forgiveness isn’t something we earn—even when it’s hard to accept. And we forgive because we’ve been forgiven.

What do you love most about writing novels in the contemporary romance genre?

I love writing romances that provide an escape, fill readers with warmth, and remind them of the hope we have, even in hard times. 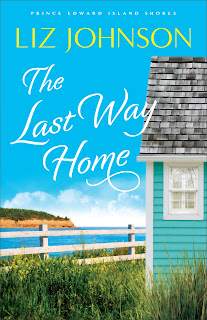