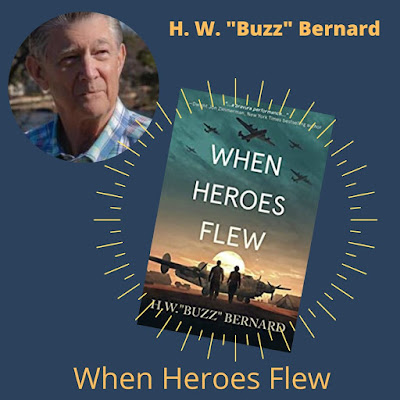 My most recent novel, When Heroes Flew, began life as a short story over fifteen years ago. That was well before I knew anything about crafting a novel. But after writing five thrillers, a couple of which did quite well on Amazon’s Kindle bestseller list, I went back to the story, took it apart, and rebuilt it into a novel.

The novel is set against a WWII bombing raid that has absolutely captivated me for more than two decades after I watched a documentary about it on PBS television. The raid occurred on August 1, 1943, when 178 American B-24s, called Liberators, took off from Benghazi, Libya, to bomb the oil refineries of Ploesti, Romania, refineries that supplied the German war machine.


The story of that bombing raid is astounding. Only half the bomber force made it back to north Africa in the immediate aftermath of the operation. But the valor displayed by American airmen was stunning. Five medals of honor were awarded, the most ever for a single mission on a single day.

When Heroes Flew is much more than a tale of combat, however, it is the story of two young pilots, one American, one German, and how they viewed their loyalties to their nation and their family.

The novel is told from the viewpoints of the two aviators, Captain Al Lycoming, an Army Air Forces bomber pilot, and Hauptmann Egon Richter, a Luftwaffe fighter pilot. Their lives, unknown to one another, are on a collision course. There is also a woman, a WAFS (Women’s Auxiliary Ferrying Squadron) flyer named Vivian Wright, who plays a key role in the drama.

Included in the novel are scenes of what it was like living in Germany just before and during WWII. Much of that information came from stories my late wife, Christina, told me about being a young girl in Nazi Germany.

Much of the effort in rebuilding the original short story into a novel centered around developing the character of Egon and wrapping my wife’s experiences of growing up in Germany into the story of Egon’s family. The small town of Zell, Germany—into which I placed Egon and his family—really exists. I have walked its streets several times. It is Christina’s hometown.

The details of the raid on Ploesti, called Operation Tidal Wave, were gleaned from numerous sources, including books and internet videos.

To make sure I got the descriptions of flying a B-24 correct, I had a contemporary Liberator pilot review what I’d written, he’s a pilot of one of the only two B-24s still flying, Diamond Lil. Diamond Lil belongs to the Commemorative Air Force of Dallas, Texas. The other airworthy Liberator is Witchcraft owned by the Collings Foundation of Stow, Massachusetts. I actually flew in Witchcraft as part of my preparation for the novel.

So, you see, When Heroes Flew is the product of traditional research, personal stories, imagination, and hands-on experiences. When I describe what it is like to ride in the cockpit of a B-24, I actually did that. I know the sounds, smells, and vibrations. When I describe the tiny town of Zell, I have been there. I have hiked its vineyards, sipped its wine, and slept in its homes and castles.

And although I have never been in combat, I have served in a combat zone. I understand the camaraderie and loneliness of soldiers and airmen stationed thousands of miles from home in wartime.

In the end, of course, a novel should provide entertainment. That is the overarching goal of When Heroes Flew. I want the reader to keep turning the pages.

I am now at work on a second historical novel, this one also set against a legendary air raid in WWII. Its working title is The Shangri-La Raiders.

If you have any questions about writing the book or other questions, drop them in the comment section. 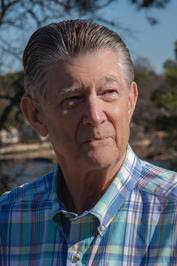 Of his next four novels—PLAGUE, SUPERCELL, BLIZZARD, and CASCADIA—three won EPIC eBook Awards in the suspense/thriller category.  BLIZZARD led to his nomination for Georgia Author of the Year in 2016.

Buzz switched gears from thrillers to historical fiction for his sixth novel, WHEN HEROES FLEW.  It was released to rave reviews in April 2020.

Before becoming a novelist, Buzz worked at The Weather Channel as a senior meteorologist and served as a weather officer in the U.S. Air Force where he attained the rank of colonel. Buzz is a past president of the Southeastern Writers Association as well as a member of Military Writers Society of America, International Thriller Writers, Atlanta Writers Club, and Willamette Writers. He lives in Roswell, Georgia.