To Write or Not to Write 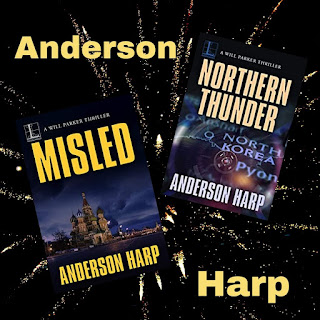 My friend David Morrell’s book on writing, Lessons From A Lifetime of Writing, has a most interesting anecdotal story. Morrell wrote First Blood which created a character you may have heard of -  John Rambo. The story is very much a Greek epic of the reluctant hero being pulled into a journey. Anyway, he spoke of the comedian Jerry Lewis who decided one day to teach a class in comedy at the University of Southern California. Of course, the applications rolled in. It was intended to be a small class. So, to narrow it down, Lewis asked the simple question of “Why do you want to be a comedian?” Of the many answers he got back, there was only one right one. It was simply “Because I have to.”  It has to be in your blood.
David and I had the great pleasure of doing a USO Tour in the Persian Gulf some time ago. A USO tour is not a bed of roses. Between transportation and visits at several bases, most days lasted twenty hours. But the troops truly were thrilled to have visitors. Many of the soldiers expressed their interests in writing and hopefully we encouraged that endeavor.
Our message was an encouragement of writing whether by a novel, short story or diary. Many of our greatest writers wrote short stories. F. Scott Fitzgerald, Flannery O’Conner, and Anton Chekhov were some of the many short story writers. And writing also helps you in your reading. Where one toils over the creation of an opening sentence, particularly after many re-writes, you learn appreciation from a Leo Tolstoy.
After your first book is published, you enter a different world. Why does anyone want to put their soul on the line? Don’t look at the reviews. Ronald Reagan was happy to get fifty-point-seven percent of the votes. And it was called a landslide. A friend who took the liberty of being particularly harsh on one of my books was told by me in speaking about the book that “you do realize that you are speaking about my child?”  These books are our children. I can take it. A reviewer’s constructive criticism is always welcome. However, one Amazon reviewer who gave me three stars gave To Kill A Mockingbird two stars. I guess that is a very high compliment, but those looking at Amazon would not know what high company I was in. But writing has to provide the thrill of putting together a tight and elusive plot that makes a turn at the end that the reader doesn’t see coming. It is the challenge of building a character that has you in tears as the character struggles with some conflict. Once the manuscript is finished, it just begins. Edits, re-edits, spelling checks, marketing, social media, and much more. But it has such a reward.
I was in a local store with my wife and as we were leaving the owner stopped me. She asked if I was the one who wrote this novel. I said yes, I did.
She said that her father who had just died of cancer went through months of painful chemotherapy. “The only thing that took his mind off of all of that was reading your book.”
Jerry Lewis was right. You just got to do it. 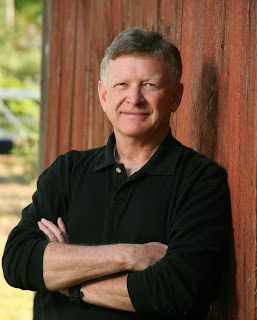 
Anderson has served the United States Marine Corps in many capacities, from artillery to teaching mountain warfare and arctic survival. Harp’s military work has taken him from the Arctic Circle and Fort Greely, Alaska, (where a typical day reaches 44 below zero), to the Persian Gulf, Central America, Europe, South Korea, and the Pentagon. As an officer in the Marine Corps Reserve, he was mobilized for Operation Enduring Freedom and served with MarCent’s Crisis Action Team. He has attended the Iowa Writers Workshop’s Summer Festival on many occasions and has a Masters in Fine Arts in Literary Fiction. He has also taught writing at workshops and published works in the medical field.
Anderson was the spearhead for the International Thriller Writer’s acclaimed “Operation Thriller.” Harp chaired and participated in the first USO author’s tour in its seventy-year history, which took fellow thriller writers and Anderson to meet troops in Iraq and Kuwait. He also was a member of the 2012 Operation Thriller Tour with tourmates Michael Connelly, Brad Meltzer, Joseph Finder and Kathy Antrim. He is one of only two authors in the history of the USO to attend multiple tours. All of the Operation Thrillers to date have gone into hazardous duty locations to include the Persian Gulf and other undisclosed locations.
Much like his fictional hero Parker, Anderson is a pilot, has skied in Aspen, Kitzbuhel, and Killington, run marathons, climbed Mount Fuji, scuba-dived wrecks, and hunted in South America. He was a national-level runner in college at American University.
Harp lives in Columbus, Georgia, home of Fort Benning. He and his wife, Jane have four children.