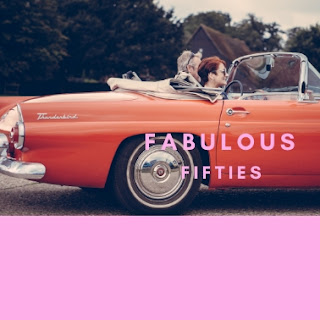 I’ll never forget my older cousin’s poodle skirt. That light blue, flannel thing captured my attention from the onset. Watching her spin and flare the skirt made me want one, too. But by the time I was old enough to wear it, I wouldn’t be caught dead in it.

Looking back, I remember so many wonderful things about the fifties. I was born in the first third of that decade, so my memories are a bit low to the ground, seen through the eyes of a preschooler.

That last one was totally my dad. Everyone said he resembled Elvis. He certainly had the accent, since he hailed from the same general region.

I Love Lucy and Ozzie and Harriet entertained us in the evenings and there was music everywhere. It seemed to me that people sang more. They sang as they worked. They weren’t closed off to the world, their ears plugged with air pods and earbuds.

Children played outside. I know, right? What a novel idea! Neighborhoods were teeming with life. We rode our bikes and trikes on the sidewalks and stayed outside until the streetlights came on. At Grandma’s, we sat on the front porch and listened to the grownups talk about the old days against a backdrop of a million stars while crickets and frogs trilled their night songs.

Personal memories played a large part in my decision to set the Kinsman Redeemer series in the fifties. What was it about that era? Why is that decade referred to as “the golden years”?

In the fifties, our country was recovering from the Great Depression of the thirties and the war years of the forties. You don’t bounce back quickly from traumas like those. Maybe it was euphoria over their improved situations that lent the glow to the decade. Maybe they were learning to relax after a couple of decades of constant worry. Hard to say.

Though much of the U.S. was experiencing a financial boom and modernizing at the speed of sound, a rural region like west Tennessee, the geographical setting of my series, seemed firmly stuck in the past. In fact, I used to believe we crossed some sort of invisible barrier that sent us back in time as we drove to Grandma’s house.

This also lent itself well to my story. Wait a moment, while I remove my rose-colored glasses. The golden years held their fair share of troubles, like the Cold War and racial unrest, especially in the south.

My main characters are living the good life in southern California when tragedy brings a sudden end to their charmed existence. Annabelle and her daughter-in-law endure something akin to culture shock when they leave their home in San Diego and travel to Tennessee.

I remember that feeling well. Like the one my characters moved into, Grandma’s house had no indoor plumbing, no heat, and bare light bulbs hanging from the ceiling. It was a little like camping in the rough. Especially the outdoor toilet.

The first time Annabelle and her daughter-in-law Connie see the house they’re going to be living in, Connie’s eyes widen.

“What’s that look on your face?”

Connie leaned close to her ear and whispered, “There’s no bathroom.”

(Cousin) Thelma laughed out loud. “Child, yes there is.” She pointed outside. “It’s right out there.”

One thing for certain, life would never be boring for my transplanted protagonists. In Annabelle’s Joy, the third and final book in the series, Connie is happily settled in a fine farmhouse complete with indoor plumbing. But Annabelle faces more upheaval. Though she has come to love her little house, it was never meant to be her permanent home. Now, she would need to find a tenant to farm her land. The tenant would need the house, which would leave her homeless once again.

Researching and writing this series of stories stirred so many memories of my childhood. I could smell the freshly turned earth and hear the lyrical sounds of their voices. Voices that echoed across the fields as they labored beneath the hot summer sun on a golden afternoon in the 1950s. 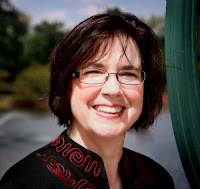 Betty Thomason Owens loves being outdoors. Her favorite season is spring when she can work in the yard or take long walks while thinking through a troublesome scene in one of her stories. She is a multi-published, award-winning author of historical romance with a touch of suspense. An active member of American Christian Fiction Writers (ACFW), she serves as president of the Louisville Area group. She’s a mentor, assisting other writers, and a co-founder of Inspired Prompt, a blog dedicated to inspiring writers. She also serves on the planning committee of the Kentucky Christian Writers Conference. You can learn more about her at BettyThomasonOwens.com. Connect with her on Facebook, Twitter, Pinterest, and Instagram.