Research: Making the Time to Get it Right


By Lynette Eason, Author of Vow of Justice 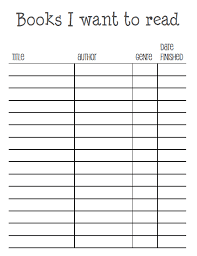 When I decided to write a book, I wanted to be the kind that I liked to read. Suspense, law enforcement, military, mystery, some romance, and definitely, a happily ever after. The problem was, my background wasn’t in any of that—except maybe the romance since I was married when I started on this writing adventure. Although, to be truthful, my husband tends to be more of a romantic than I do.

Anyway, I decided that I was intelligent enough to do the research so I started writing the story that had been swirling inside my head for about six months. The thing about research is that you can only get so much off of the internet. The best thing to do is to find someone who actually does the job you have your character doing and interview that professional. The great thing is, most people are really excited to help. They WANT the author to get it right. So, how did I find these people?

Simple. I put myself in places where I’d run into them. And yes, that’s mostly at writer’s conferences. I know a writer’s conference can be an expensive venture, but I was looking at it as an investment—not to mention the tax write off.

Just recently, I’ve started a new series involving military vets. These heroes and heroines have all been in the military, but are now out for one reason or another. In order to portray these characters accurately, I need to talk to people in the military. And I tried. I talked to someone who is currently serving in Afghanistan, I talked to someone who’d been in the Army and was now retired. I talked to about six different people. And the funny thing is, none of them could really answer the questions I had, but I wrote the scenes based on the information I had. About two weeks before my book was due to my editor, I was at a weekend conference on marketing. A young man was there teaching and in passing mentioned he was in the Army. You can bet I jumped on that. “What do you do?” I asked him. “I was in Special Ops.” I nearly fell over. My hero, who I was trying to write as accurately as possible, was in Special Ops. That guy at the conference read my scenes, gave me feedback and a lot “inside” lingo –stuff that I never found on the web, and I’m now one hundred percent confident that if a military person reads those scene, he or she will go, “Man, she knows her stuff—or at least took the time to do her research.”

That’s important. Why? Because I don’t want that reader to throw the book aside because he or she thinks I didn’t do my research. I want them coming back for more stories. I’m an author. I need repeat customers!

Lynette Eason is the bestselling author of Oath of Honor, Called to Protect, and Code of Valor, as well as the Women of Justice, Deadly Reunions, Hidden Identity, and Elite Guardians series. She is the winner of three ACFW Carol Awards, the Selah Award, and the Inspirational Reader’s Choice Award, among others. She is a graduate of the University of South Carolina and has a master’s degree in education from Converse College. Eason lives in South Carolina with her husband and two children. Learn more at www.lynetteeason.com