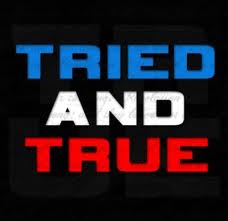 “Write what you know” has to be the most-worn-out piece of writing advice that exists.  And the best.

Trying to somehow conjure something that you have never experienced, smelled, or seen can be managed, or course, but without authenticity your story may lack that strong sense of realism that only personal experience brings.  Think of a Yankee actor trying to sound Southern. Think of a man describing giving birth.

Each of us tends to sell our life situations short, viewing our own careers and environment as deadly dull, plodding and mediocre.  Yet great writing comes from the simplest of situations.  One doesn’t have to lead a glamorous life for our circumstance to be interesting and insightful, even exciting, to the reader. Do you like to fish? Consider the humble fisherman in Hemingway’s The Old Man and the Sea.

My chosen genre, the cozy mystery, is tailor-made for a person who doesn’t exactly live in the fast lane.  I set up a scene, using stuff that I know, kill off a victim, and I am off and running.  Easy, right?  Well, not exactly, but it is made much less difficult and more believable by utilizing places that I know as settings, and by giving my protagonist a job I once held.

The “write what you know” thing works for me.  For fifteen years, I owned and managed a retail travel agency.  And I’ve been reading cozy mysteries since I was a kid, reading under the covers with a flashlight after my mom said “lights out”.  So when I decided to follow my dream of writing such a mystery, I made my protagonist a travel agent, thus providing her with a vehicle for discovering and solving mysteries around the world, in places that I had visited.

Wait a minute, Marie.  That might work for you, but I am a garage mechanic, working in a body shop.  How can I write a mystery about that? What?  You never heard of the body in the trunk?  Of course you can write a mystery!  Write what you know.  Put those hard-earned details in there and the reader will believe it when you open that crushed trunk of the Beemer with your crowbar.

In my former career, I sailed on over 19 cruises.  I know ships.  So my first book, Shore Excursion, was murder on a cruise ship. My latest book, , is murder on safari in , and I have been there as well.  Those are exciting settings, no doubt about it, but exciting settings are totally unnecessary for an exciting book.

The part that is necessary is that the setting and the people in them seem believable.  Team realism with imagination and the magic begins to work. Even the mundane life of an old lady in a tiny village in the country can make a great book if the things that unfold before her seem real.  Think of Dame Agatha Christie writing about Miss Marple in the ’s Mead.

Marie Moore is a native Mississippian. She graduated from Ole Miss, married a lawyer in her hometown, taught junior high science, raised a family, and worked for a small weekly newspaper—first as a writer and later as Managing Editor. She wrote hard news, features, and a weekly column, sold ads, did interviews, took photos, and won a couple of MS Press Association awards for her stories. Marie opened a travel agency, and sailed on nineteen cruises, and visited over sixty countries. The Sidney Marsh Murder Mystery Series was inspired by those experiences. She has done location scouting and worked as the local contact for several feature films, including Heart of Dixie, The Gun in Betty Lou’s Handbag, and Robert Altman’s Cookie’s Fortune. She and her husband now live in Memphis, TN, and Holly Springs, MS. Game Drive is the sequel to Marie’s first novel, Shore Excursion which introduced amateur sleuth Sidney Marsh, Both books were specially chosen for the onboard libraries of Holland America and Seabourn Cruise Lines, and The Travel Institute’s Bookstore. Her website is at www.MarieMooreMysteries.com